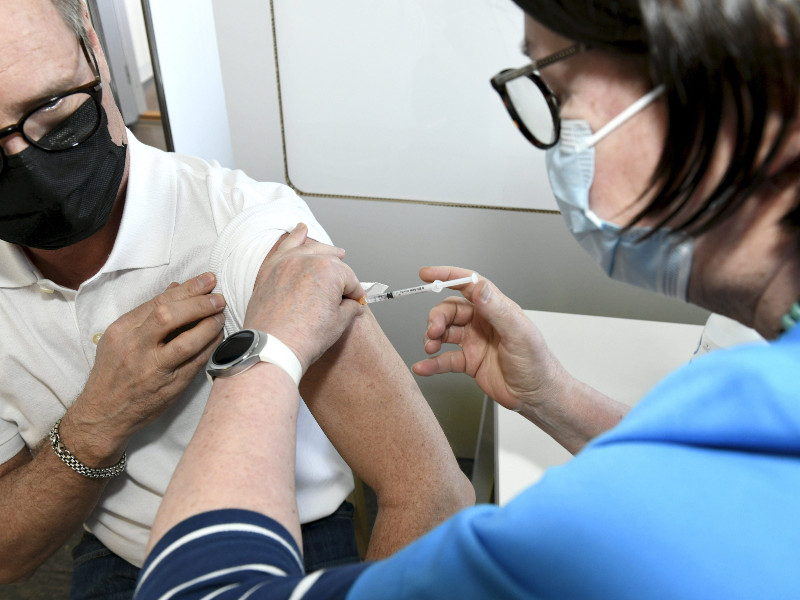 A man received an injection of the Pfizer-Biontech Covid-19 vaccine in Malmi, Helsinki, on 20 April 2021. (Heikki Saukkomaa – Lehtikuva)

THE CITY OF HELSINKI on Monday opened its booking system for vaccination appointments to residents turning 35–39 years old in 2021.

Leena Turpeinen, the director of health and substance abuse services at the City of Helsinki, told Helsingin Sanomat that the system was not especially congested yesterday even though some booked their appointment online as soon as possible, at the stroke of midnight.

“I do know that some where waiting to book their appointment immediately after midnight,” she said.

The vaccinations will be administered to the age group primarily in a week or two at the vaccination points in Jätkäsaari, Messukeskus, Malmi and Myllypuro. Cancellations, though, may open up time slots earlier, possibly as soon as this week, according to Turpeinen.

She stated to the newspaper that in spite of the healthy interest in appointments, the sufficiency of vaccine doses is not a concern. People are also allowed to book an appointment even if the booking window for their age group has already ended.

“No one can miss their turn to get vaccinated, so to say,” she assured.

The age groups to be vaccinated next are relatively large in Helsinki. The Finnish capital is home to roughly 55,000 35–39-year-olds, 62,000 30–34-year-olds and 61,000 25–29-year-olds. The schedule for opening the booking system for the next group, 30–34-year-olds, remains unknown due to some uncertainty about vaccine deliveries and demand for booster doses.

Turpeinen told Helsingin Sanomat that the share of residents getting vaccinated has declined as the vaccination campaign has progressed from older to younger age groups.

“Because the disease is found in young people right now, it’d be important that people got vaccinated.”

YLE on Monday reported that 44.1 per cent of the Finnish population have already received at least the first vaccine dose. A coverage of 70 per cent, which is deemed to be critical for herd immunity, is to be met at the current pace on 31 July.

The vaccinations have progressed particularly swimmingly in Southern Savonia (55.3%) and South Karelia (51.9%). The share of vaccinated people stood below 40 per cent only in North Ostrobothnia (39.0%).

In Helsinki and Uusimaa, 42.9 per cent of the population have received at least the first dose.