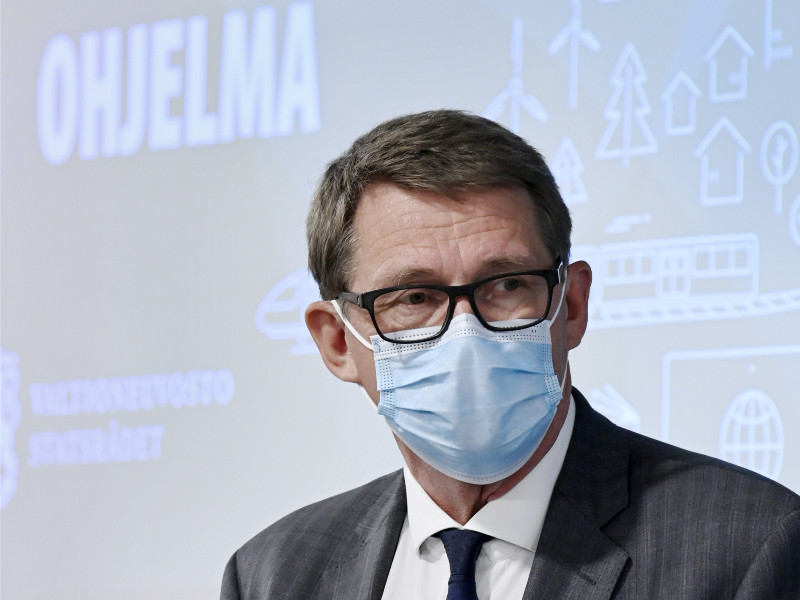 THE GOVERNMENT of Prime Minister Sanna Marin (SDP) on Wednesday unveiled its plan for allocating the roughly two billion euros earmarked for Finland in the EU Recovery and Resilience Facility.

Drawn up in close co-operation with the officialdom in Brussels, the 500-page plan will be next evaluated against a series of rigorous criteria by the European Commission.

Minister of Finance Matti Vanhanen (Centre) estimated in a press conference yesterday that the plan is not a stimulus plan in the traditional meaning of the term but rather a reform programme.

“Previous national stimulus efforts have supported what already exists; in this, reforms are the key focal points,” he explained.

YLE on Wednesday highlighted that the plan is not dramatically different to the draft presented earlier this year, mostly containing technical amendments, clarifications and omissions. The European Council is expected to give its approval for the plan toward the end of the summer, according to the public broadcaster.

The government will devise a supplementary budget for the recovery funding, the first tranche of which – about 300 million euros – is expected toward the end of the summer or early autumn.

Finland will request further payments twice a year. The European Commission will disburse the funding based on how well each member state has met the 140 interim goals set for the recovery effort. A member state that is displeased with the implementation of any national plan can bring the issue to the Council of Europe.

“Many have concluded that the EU is sending two billion euros to Finland and even more euros to Italy. And that each country can then use its money as it sees best; that’s not the case. You should familiarise yourself with the criteria,” clarified Vanhanen.

Minister for Development Co-operation and Foreign Trade Ville Skinnari (SDP) estimated that the coinciding of stimulus efforts across the 27-country bloc should drive up demand for exports and facilitate the meeting of emissions reduction goals in Finland.

Minister of the Environment and Climate Krista Mikkonen (Greens) added that the European economy is rightly being rebuild by reforming societies and supporting the push for carbon neutrality.

“With its leverage effects, the recovery facility will release up to four billion euros for climate action in Finland,” she said.

The recovery facility is evidence that the bloc has learnt from previous crises, analysed Minister of Education Jussi Saramo (Left Alliance): “It’s smarter to run up more debt for a short time for employment than for a long time for unemployment.”

“This is in the best interest of all Finns,” stated Minister of Justice Anna-Maja Henriksson (SFP).

Mikko Spolander, the head of the economics department at the Ministry of Finance, gauged that the facility will have “beneficial but without a doubt a fairly modest” effects. Although the Finnish economy should receive a boost – of about 0.3 per cent in both 2021 and 2022 – from measures implemented across the continent, the effects of the recovery facility will begin to diminish after 2023.

The Finnish Parliament gave its approval for the facility on 18 May, after a days-long filibuster orchestrated by the Finns Party.