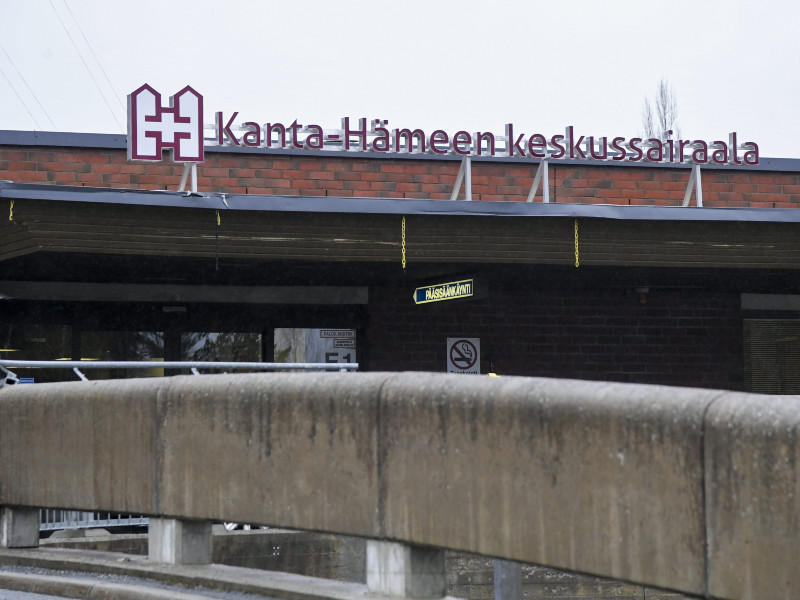 The Indian coronavirus variant has caused a cluster of about 50 infections in Kanta-Häme Central Hospital in Hämeenlinna, Southern Finland. (Markku Ulander – Lehtikuva)

THE INDIAN VARIANT of the new coronavirus has been identified as the cause of a string of 80 infections detected in hospitals in Kanta-Häme, Southern Finland.

“The Indian variant is extremely easily transmissible. There’s reason for concern. You can’t belittle this because it’s clear the protective measures that used to be enough have simply not been enough,” Sally Leskinen, the chief medical officer of Kanta-Häme Hospital District, told Helsingin Sanomat.

“Wearing surgical masks in all situations and meeting patients with symptoms of an infection in complete protective equipment wasn't enough now.”

The chains of infection are believed to have originated from two sources in Kanta-Häme Central Hospital in Hämeenlinna. The variant spread from the central hospital to the health centre hospitals in Forssa, Hämeenlinna and Riihimäki. The infection proved fatal for seven elderly people with chronic diseases.

Also family members of hospital staff have contracted the virus, resulting in large-scale exposures in schools.

“The virus has transmitted easily. In the wards that had infections before the first cases were detected and the chains of infection were contained, 40 per cent of patients became infected,” highlighted Leskinen.

The cluster appears to have been contained, as no new unexpected infections have popped up in the hospitals.

What is surprising about the cluster is that roughly four-fifths of the infected people had received at least the first dose of a coronavirus vaccine. Although the majority of staff had also received the booster dose, 11 per cent of staff members in the ward where the outbreak began have tested positive for the virus. About half of them developed symptoms from the infection, some relatively serious ones.

Lehtinen said to Helsingin Sanomat that vaccinations can make detecting infections more challenging, as even members of risk groups may only exhibit mild symptoms at the onset of infection. The hospital district is consequently mulling over stepping up its measures to slow down the epidemic.

“We’ll just have to tolerate the restrictions,” she said.

Two weeks after the second dose, the efficacy against the Indian variant rose to 88 per cent for Pfizer-Biontech and to 60 per cent for Astra Zeneca.

“This is good news,” commented Olli Vapalahti, a professor of zoonotic virology at the University of Helsinki.