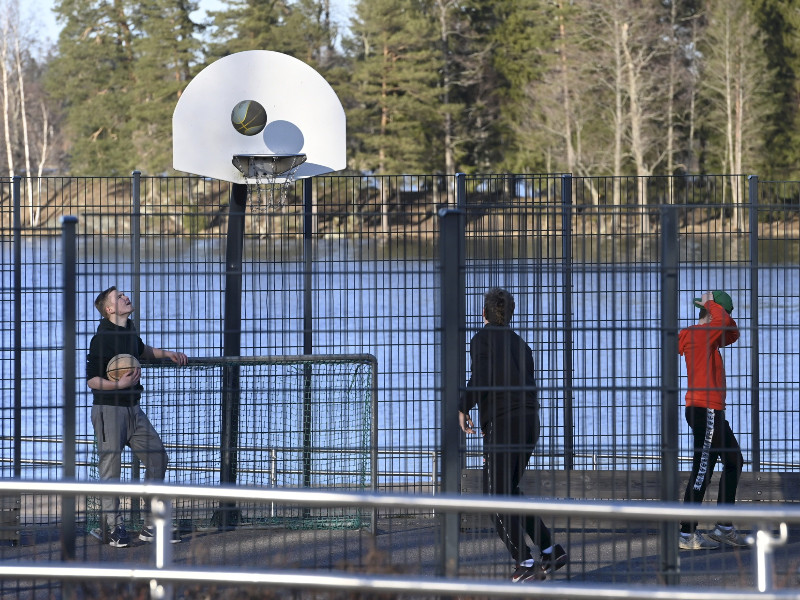 SOME of the restrictions adopted to rein in the coronavirus epidemic will be lifted or relaxed in the Finnish capital region on Monday, 17 May.

The coronavirus coordination group for the region announced yesterday evening that outdoor competitive events related to the leisure activities of children and young people will be resumed for people born no earlier than 2001. Whether the events can be attended by the public will depend on the position of the State Administrative Regional Agency for Southern Finland.

The overnight camp activities of children and young people, in turn, will be allowed to a limited degree.

“The health instructions applicable to recreational activities must be observed in the context of these activities,” reads a press release from the City of Helsinki.

Some activities for adults will similarly be made available in the second half of the month. Swimming pools will be opened to people born no later than in 1955 on Monday, but, to avoid congestions and close contact, access to the facilities can be staggered if necessary and every other locker in the dressing rooms will remain out of use.

The coordination group also decided to amend the recommendations on private events, essentially allowing the organisation of private events with no more than six attendees.

General upper-secondary schools, meanwhile, will be allowed to organise in-person ceremonies to graduating students, the maximum number of whom will be determined based on the space available for the ceremony. While no audience will be admitted to the ceremonies, they will be streamed live online for home viewing. Graduation parties at home or other private premises should primarily be held outdoors and in accordance with the attendance and other guidelines in effect.

Mayor of Helsinki Jan Vapaavuori (NCP) on Tuesday reminded in a news conference that the incidence of the new coronavirus remains high in Helsinki.

“It’s true that we only satisfy one of the criteria for the community transmission stage [of the epidemic]. That criterion is the incidence rate,” he stated. “The incidence rate is currently 71 [per 100,000 inhabitants]. At its highest, it stood at over 400. We’ve come down really significantly from those levels.”

Vapaavuori also levelled some criticism at the central government and other bodies involved in devising the restrictions.

“It’s the ungrateful duty of the city to exercise overall consideration on the exit strategy, as no one else in the country is doing that. It can cause some warranted confusion because the decisions are made in different places: in addition to the city, also at the level of regional administrative agencies and the government.”

He stated that he acknowledges the desire of many to re-open the service sector but is wary of sending the message that the epidemic has been overcome.

The Finnish capital is set to open its vaccination booking system for 40–45-year-olds next week. Over 90 per cent of 75-year-old and older residents have already received at least the first vaccine injection, according to Vapaavuori.