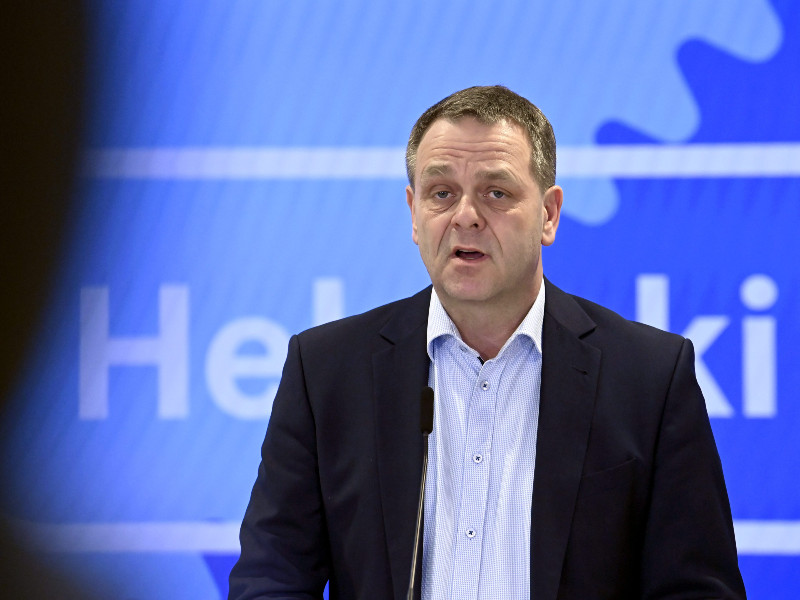 Mayor of Helsinki on 8 April held a press conference regarding the private funding of a design and architecture museum proposed for South Harbour, Helsinki. (Markku Ulander – Lehtikuva)

MAYOR OF HELSINKI Jan Vapaavuori (NCP) will assume the part-time role of an advisor of urban development with NREP, a Danish real estate investor and developer, after completing his term at the helm of the Finnish capital in August, reports Kauppalehti.

“It felt natural that the new responsibilities have some sort of continuation from what I’ve picked up along the way,” he commented to the commerce-oriented newspaper.

“Urban development is about great many different things, but I doubt there’s a single thing with as comprehensive an impact on preventing climate change, for example, as real estate,” he commented.

Vapaavuori in November announced he will not seek re-election in the municipal elections and, thereby, will hand over the reins of the capital in August. He was selected later last year as the chairperson of the Finnish Olympic Committee.

NREP has a real estate portfolio worth approximately 7.1 billion euros stretching across the Nordics, according to Kauppalehti. The Danish company said Vapaavuori will observe a voluntary waiting period by refraining from involvement in any projects related to the city for his first month on its payroll, as well as disqualify himself from discussions linked to the investment firm for the remainder of his term as mayor.

Vapaavuori told Helsingin Sanomat that he discussed the issue in advance with a legal counsel of the City of Helsinki. The answer he received was unambiguous: there are no judicial obstacles for the transition.

“Regardless of this, specifically to avoid negative comments, we agreed that for six months I’ll refrain from involvement in anything that’s somehow connected to Helsinki,” he said.

He also stated that although his exact job description remains undecided, his responsibilities will be linked to the group-level development and internationalisation projects rather than specifically to Helsinki.

News of the career move prompted a mixed response from political parties represented on the Helsinki City Council, according to Helsingin Sanomat. Some parties estimated that the move raises questions about a possible conflict of interest, whereas others gauged that it signals a logical career step for Vapaavuori.

“Arrangements on waiting periods are in place in the central administration’s side. I think it’d be warranted to have same kind of talks in the municipal side,” said Eveliina Heinäluoma, the chairperson of the Social Democrats on the Helsinki City Council.

“It doesn’t look good,” echoed Veronika Honkasalo, the chairperson of the Left Alliance on the Helsinki City Council. “I don’t think a voluntary self-observed waiting period is sufficient, as it doesn’t guarantee the realisation of non-discrimination and we wouldn’t know how it’s actually realised. That’s why it’d be clearer if everyone had the same waiting period rules.”

Agreements on waiting periods are made with people leaving positions with the central administration that have provided them access to confidential or other information not available to the public that they could take advantage of in the public sector.

Reetta Vanhanen, the chairperson of the Green League on the Helsinki City Council, voiced his approval with the six-month waiting period prescribed for Vapaavuori.

“Transitions are understandable. You have to be able to move from the public sector to the private sector. But it’s good to comply with all principles of prudence,” she commented to Helsingin Sanomat.

Daniel Sazonov, the chairperson of the National Coalition on the Helsinki City Council, said Vapaavuori will deliver a great deal of know-how but not a disproportional competitive advantage to NREP.

“I believe, I’m confident and I know that the city’s zoning policy is conducted very transparently. Plots are allocated through tendering and other open ways. This is the way it should be and this is how everyone can be treated equally,” he said.