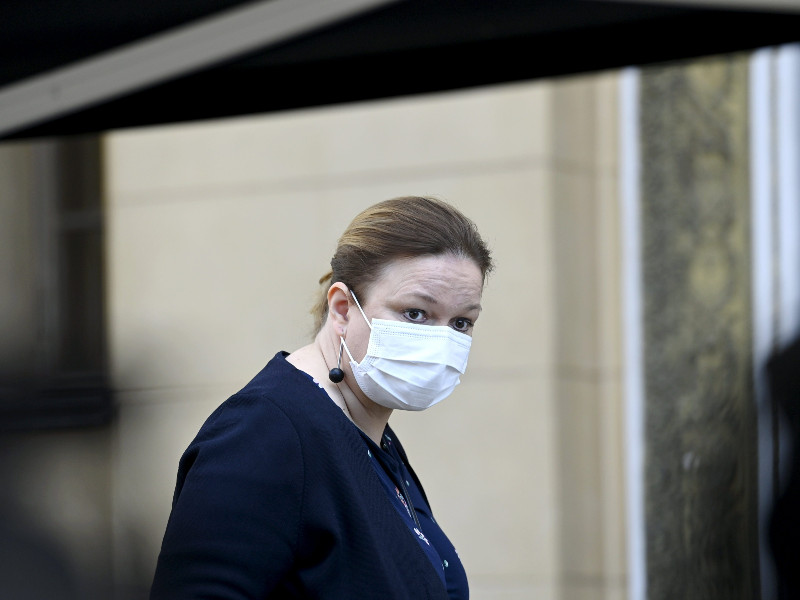 Minister of Family Affairs and Social Services Krista Kiuru was photographed arriving for government negotiations at the House of the Estate in Helsinki on 29 April 2021. (Heikki Saukkomaa – Lehtikuva)

MINISTER of Family Affairs and Social Services Krista Kiuru (SDP) acknowledged on YLE TV1 on Monday that fundamental rights will likely create challenges as the government continues to figure out its approach to preventing the spread of the new coronavirus at Finnish borders.

“We have to be tough at the borders because otherwise this constant rigmarole from the viewpoint of epidemic control and restrictions will become part of the daily lives of Finns,” she said.

“That’s why we’re looking for the densest and strictest model possible.”

Kiuru confirmed to the public broadcasting company that enhancing the effectiveness of coronavirus measures at the borders is presently one of the priorities of the government in the fight against the epidemic. The new model, she added, should be finalised in the coming weeks, before passenger volumes at border-crossing points begin to increase substantially.

“It has to happen in the coming weeks.”

She estimated that the most effective model would be to oblige travellers to take a coronavirus test before departure and both observe a quarantine and take another test after arriving in Finland. Whether or not the model is feasible is a more difficult question, however.

“This terrain we’re treading is pretty challenging. Maybe we’ll have to compromise a bit on what’d truly be the best model,” she admitted. “Even if it was absolutely necessary from a health-security viewpoint, we’ve seen before that making these basic rights-related pieces fit isn’t as easy as one could think.”

The government will also weigh up the need for restrictions in the restaurant sector this week, Kiuru confirmed to YLE.

“We’ll start gradually relaxing the restrictions also in regards to regulations in the restaurant industry, but [we’ll do it] conservatively and safely. The focus will be on areas in the baseline stage [of the epidemic],” she stated.

She declined to comment on the contents of the decision, but revealed that it should be finalised on Wednesday.

“The starting point is that what’s decided will enter into force next week,” she added.

The Finnish Hospitality Association (Mara) last week expressed its appal with the decision to uphold the restrictions in regions that make up two-thirds of the revenues and employees of the restaurant industry in Finland. The restrictions, it argued, are no longer justified in light of the decline in infections, decline in demand for hospital capacity, success rate for contact-tracing, pace of vaccinations and end of the state of emergency.

While the Finnish Parliament granted the government the authority to impose rigorous restrictions on the industry, it emphasised that the restrictions should be eased as soon as they are no longer necessary and proportional, reminded Mara.