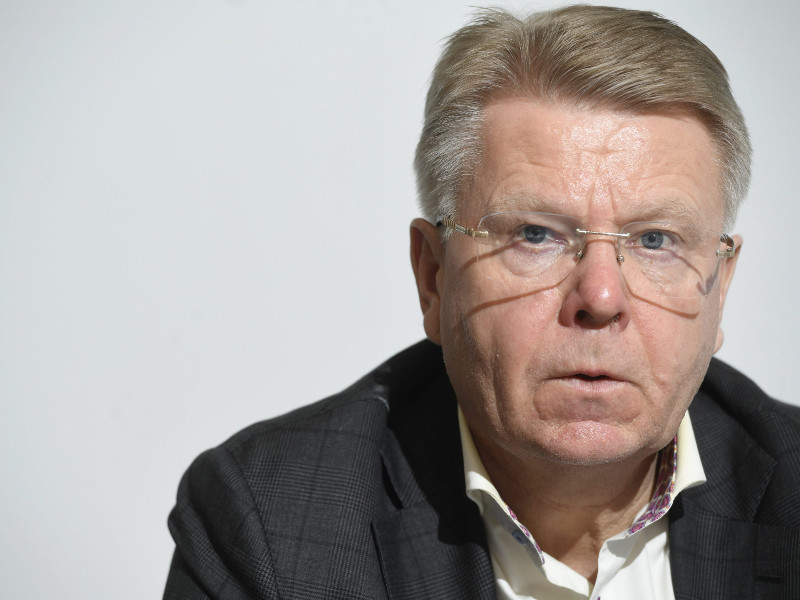 Jyri Häkämies, the director general of the Confederation of Finnish Industries (EK), says the government is still not close reaching its goal of creating 80,000 new jobs by the end of the decade. (Heikki Saukkomaa – Lehtikuva)

THE FISCAL PLAN of the Finnish government for the next four years has been met with both criticism and praise.

The Confederation of Finnish Industries (EK) on Thursday pointed out that the employment measures set forth in the compromise reached after more than a week of intense negotiations will not suffice to meet the employment target of the government.

“The government has set itself the target of creating 80,000 new jobs by the end of the decade. It remains far behind the target after the framework session,” commented Jyri Häkämies, the director general of EK.

He also questioned the reliability of the impact assessments of the employment measures forwarded by the government, pointing out that they have been compiled by various ministries rather than the Ministry of Finance. “This undermines the credibility of the employment figures. The decisions have a noticeably small impact on balancing the public economy,” he argued.

EK on Thursday also expressed its concern about the decision to increase borrowing and leave the deb burden on the shoulders of future generations.

The Federation of Finnish Enterprises similarly voiced its disappointment with the results of the framework session, describing them as irresponsible and very slim.

“The government will continue running up debt, no return to the fiscal network during this electoral term, either not carry out or postpone labour market reforms, and not promote local bargaining,” listed Mikael Pentikäinen, the managing director of the Federation of Finnish Enterprises.

Service Sector Employers (Palta), in turn, drew attention to the lack of employment measures with a positive impact on the public economy, bolder reforms that accelerate economic growth and investments in the service economy.

“Reforms that promote employment are critical for the service industries, which create the majority of new jobs. The coronavirus crisis has only increased the need for structural reforms. It is alarming that important employment decisions that should be made without delay have once again been postponed,” stated Minna Ääri, the head of labour market affairs at Palta.

The Confederation of Finnish Construction Industries (RT) expressed its concern about the decision to reduce 110 million euros of funding from the administrative sector of the Ministry of Transport and Communications. Finnish Forest Industries, in turn, was left wanting for more concrete employment measures and solutions to structural problems.

The Central Organisation of Finnish Trade Unions (SAK) voiced its approval of the plan by arguing that alleviating the problems caused by the coronavirus epidemic should presently take precedence over consolidating the public economy and narrowing the sustainability deficit. The Finnish Confederation of Professionals (STTK) commended the government for reaching a compromise in the difficult circumstances and deciding to invest in skills, employment services and people with limited ability to work.

“The country did not slide into a political crisis in circumstances dominated by the ongoing pandemic, which could have also jeopardised the recovery package of the EU,” noted Patrizio Lainà, the chief economist at STTK.

The Trade Union of Education (OAJ) said the government made the right value-based decision by excluding education from spending cuts.

Finnish Energy (ET) voiced its satisfaction with the ability to find a compromise and provide at least a gradual outlook for the coming years but added that the decision to exceed the framework is causing concern among businesses.

“The government once again decided to begin preparing a roadmap for energy taxation. The item is already in the government programme and has been outlined several times politically. The work has yet to start, even though a climate-neutral energy system will quickly gnaw away at the tax base,” he added.