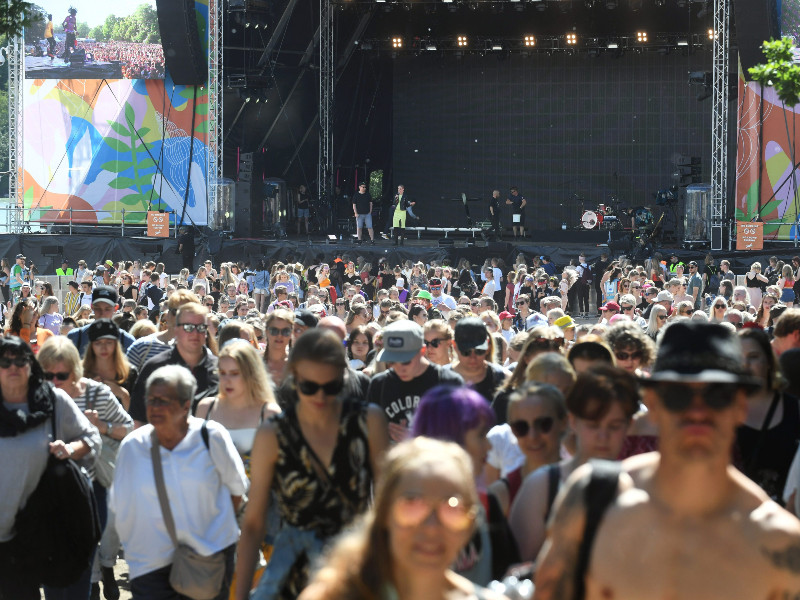 Festival-goers at the 2019 Ruisrock in Turku, South-west Finland, on 6 July 2019. This year’s edition of the traditional rock festival has been cancelled due to the coronavirus epidemic. (Laura Ukkonen – Lehtikuva)

THE GOVERNMENT of Prime Minister Sanna Marin (SDP) on Thursday struck an agreement on a 230-million-euro scheme to support the arts, culture, event and sports industries in recovering from the coronavirus epidemic.

The scheme will be funded under the second supplementary budget of the year, which is to be presented to the Finnish Parliament on 29 April.

“The aim is to support content producers and create conditions for organisers to generate work in the sector and provide people with opportunities to participate in events when society will open up,” the government said in a press release.

“The financial package takes into account the plurality of the sector and the different forms of work.”

The government revealed that 85 million euros of the funding will be directed at the event industry in the form of an event guarantee, the details of which are being ironed out by the Ministry of Employment and the Economy.

The arts and culture industries are set to receive a total of 125 million euros in grants and subsidies. Roughly half of the total will be allocated to industry professionals in the form of grants and the other half to sole entrepreneurs and people operating under company names in subsidies by the Arts Promotion Centre (Taike).

About 18.5 million euros will be targeted at the sports industry, including nine million euros to sports clubs and six million euros to national and regional sports and physical activity organisations. The remaining 3.5 million euros, in turn, will be used to support events that have been cancelled or incurred losses during the epidemic.