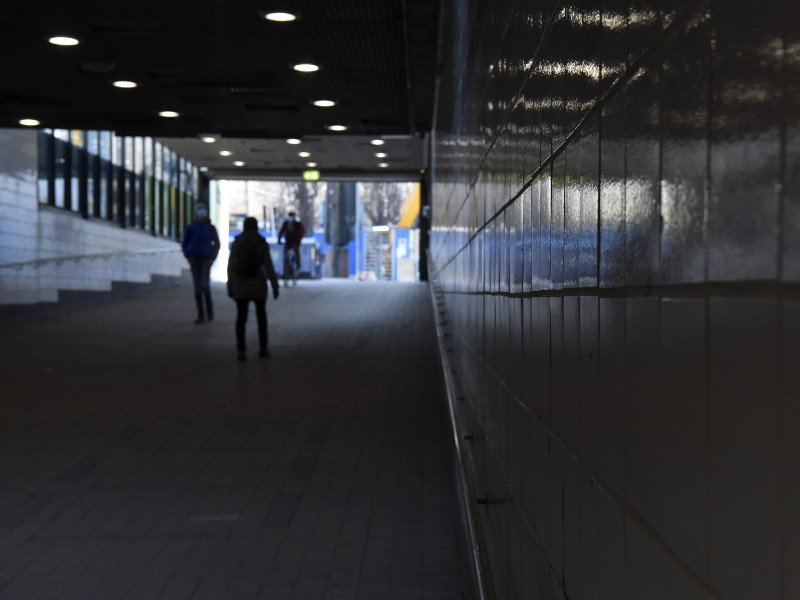 The altercation escalated into a physical one at the mouth of an underpass near tracks one and two at Central Railway Station in Helsinki on Monday, 19 April 2021. (Jussi Nukari – Lehtikuva)

HOMICIDE INVESTIGATORS have narrowed down their list of suspects to one in the fatal stabbing of a 24-year-old man at Central Railway Station in Helsinki on Monday.

Helsinki Police Department on Wednesday revealed that the only suspect in the stabbing, a 16-year-old boy, was brought into custody on suspicion of manslaughter on Tuesday. The six other underage people who were interrogated in the wake of the incident, in turn, were released from custody on Tuesday.

The sextet were taken into custody shortly after the incident after taking a train from Central Railway Station to Malmi Station. One of them is still suspected of assault in connection with the incident.

A spokesperson at the police department revealed yesterday that the stabbing was preceded by a verbal altercation between two groups of people: the seven youngsters and three men. The altercation escalated into a physical one as the youngsters followed the men to an underpass near tracks one and two, resulting in the stabbing and death of the 24-year-old man.