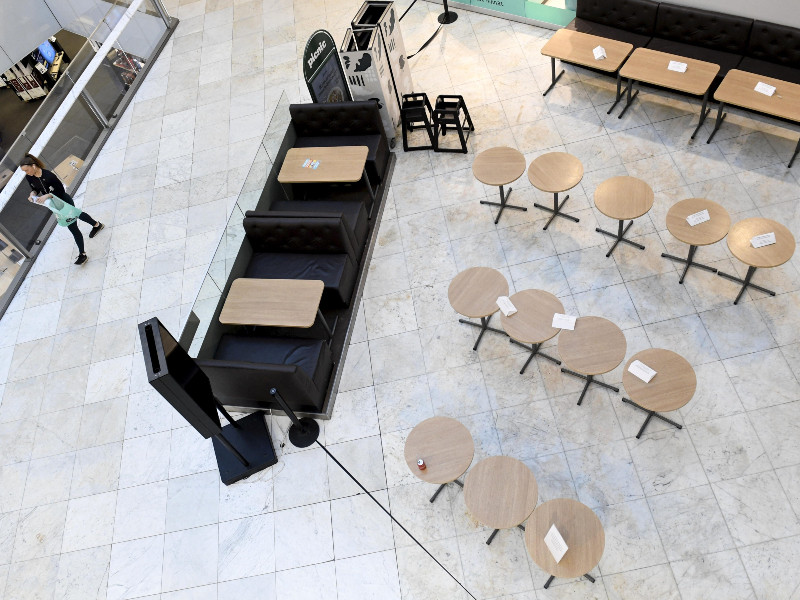 Restaurants in Finland have set their sights to two weeks from now, when the government has promised to re-examine the need for restrictions, writes YLE. (Vesa Moilanen – Lehtikuva)

RESTAURANTS will be allowed to re-open their doors to eat-in customers after a six-week shutdown in large parts of Finland on Monday.

YLE on Thursday reported that the Finnish Parliament has approved a series of amendments to the act on communicable diseases to enable legislators to impose strict conditions on the re-openings linked to, for example, opening and serving hours.

The government will issue a decree to specify the conditions on Friday.

The Finnish public broadcasting company has reported, citing sources familiar with the matter, that restaurants would be prohibited from serving alcohol after 5pm and obliged to close their doors at 6 or 7pm, depending on whether they primarily serve alcoholic beverages or food, in at least five regions in the country, including Uusimaa and South-west Finland.

It also wrote yesterday that a large share of restaurants are unlikely to re-open next week if the restrictions are as tough as reported.

Joonas Keskinen, the head of a family-owned company operating 12 restaurants in Helsinki, stated that it would be irrational for restaurants to open only to close their doors before the afternoon turns into evening.

“It’s pretty much impossible to run a profitable business with these sorts of restrictions. For the government to gracefully give an extra hour to food restaurants makes no sense whatsoever. I’d rather take the shutdown and financial support for restaurants than these ridiculous restrictions,” he slammed.

His message was echoed by Timo Lappi, the managing director of the Finnish Hospitality Association (Mara). “Dinner restaurants will stay closed. Nightclubs and karaoke spots have been closed earlier, and many pubs will also stay closed beyond Monday,” he predicted.

Restaurants in Finland are now looking forward to two weeks from today, when the government has promised to re-examine the need for the restrictions. With the infections numbers declining in recent weeks, the cautious optimism of the industry appears to be warranted.

Keskinen told YLE that the restrictions should be relaxed especially as they related to outdoor terraces.

“Serving hours should be lengthened well beyond the ridiculous 5pm and the capacity limits on food restaurants and why not also bars and nightclubs should be raised to 75 per cent [of usual full capacity],” he viewed.