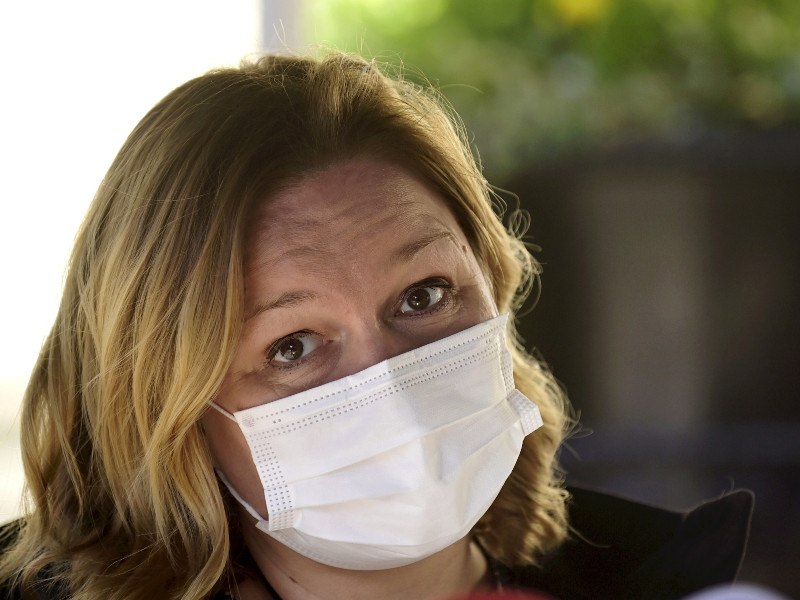 Minister of Family Affairs and Social Services Krista Kiuru (SDP) arriving for a government meeting at the House of the Estates in Helsinki on Wednesday, 14 April 2021. (Markku Ulander – Lehtikuva)

MINISTER of Family Affairs and Social Services Krista Kiuru (SDP) on Thursday revealed in the Finnish Parliament that Finland is set to initiate negotiations with Russia on acquiring doses of Sputnik V, a Russian-developed viral-vector vaccine against Covid-19.

She pointed out that the negotiations would not be in violation of the joint purchase agreements of the EU, as the 27-country bloc has yet to make an agreement with the producer of Sputnik V.

She declined to speculate on the timetable of the endeavour undertaken jointly by the Ministry of Social Affairs and Health and Ministry for Foreign Affairs.

Hanna Nohynek, a chief physician at the Finnish Institute for Health and Welfare (THL), stated to Helsingin Sanomat that the vaccine has been shown to have a high efficacy in trials.

“It’s very effective. Two peer-reviewed articles about it that looked very good have been published in the prestigious scientific journal The Lancet, one about an immunogenicity study and the other about an efficacy study. The European Medicines Agency (EMA) has started evaluating the vaccine’s market authorisation,” she commented to the newspaper.

Sputnik V uses an adenoviral vector similarly to the vaccines developed by AstraZeneca and Johnson & Johnson. It has not, however, been linked to the very rare cases of unusual blood clots as the other two vaccines in countries where it has been used widely, highlighted Nohynek.

Mika Rämet, the director of the Vaccine Research Centre, told Helsingin Sanomat that Sputnik V is comparable to the other vaccines currently in use in Finland.

Also Rämet highlighted that the vaccine has not been show to cause the same issues as the vaccines by AstraZeneca and Johnson & Johnson.

“No safety concerns have been brought up in regards to Sputnik. That’s why it's be a very important vaccine for the vaccination campaigns of many countries. Its use of two different adenoviruses is where it differs from AstraZeneca and Johnson & Johnson,” he said to Helsingin Sanomat.