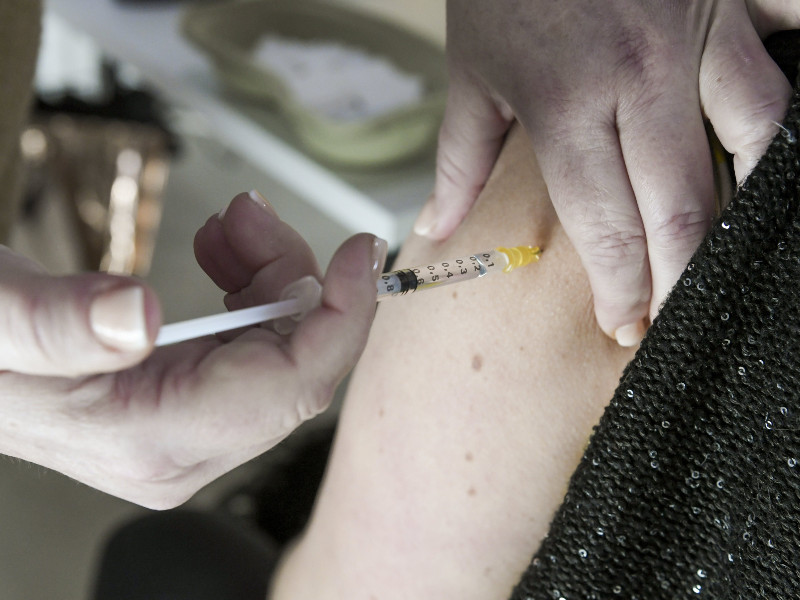 A person received a jab of the vaccine by AstraZeneca in Helsinki on 12 February 2021. (Markku Ulander – Lehtikuva)

HELSINKI may soon find itself with a surplus of the coronavirus vaccine developed by AstraZeneca.

YLE on Monday reported that the Finnish capital received a shipment of 16,000 doses of the vaccine a week ago and expects to take delivery of another 16,000 doses two to three weeks from today. Meanwhile, the number of over 65-year-old people yet to be vaccinated stands at roughly 26,000, according to Timo Luukkarinen, a medical director at the City of Helsinki.

“We’re indeed dealing with the challenge that we could run out of arms and muscles to inject these into,” he commented to YLE.

The Finnish Institute for Health and Welfare (THL) recommends that the AstraZeneca vaccine be only administered to over 65-year-olds due to the recent finding that unusual blood clots with low blood platelets are a possible, very rare side effect of the vaccine.

Luukkarinen stated to the public broadcasting company that all over 65-year-olds who are willing to take the vaccine should have received the first injection by the end of this week.

“If 65-year-olds and older are the only people who can take the vaccine […] and we’re receiving more doses of the vaccine than there are recipients, we’ll inevitably end up in a situation where we won’t have anyone to give them to,” he said.

The doses, he assured, will not be wasted whatever the case, as they can be stored for months and used for the booster dose also for under 65-year-olds.

Ideally, though, a method for using the vaccine also for the first injections of under 65-year-olds is found, as it has been shown to provide a fairly high level of protection against serious forms of the coronavirus disease within three weeks of vaccination. “The first injection is the more important one from the viewpoint of population protection,” highlighted Luukkarinen.

The National Vaccine Expert Group (KRAR) will convene today to discuss the age limit imposed on the vaccine.