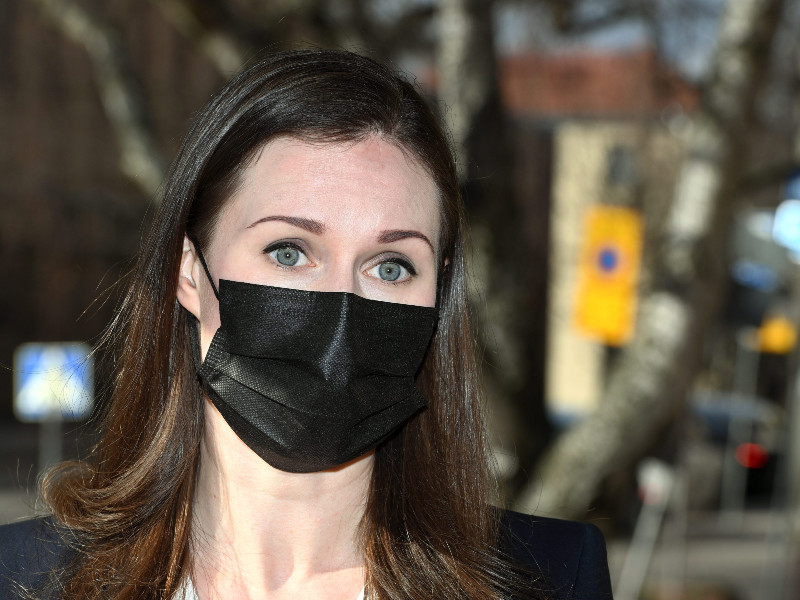 Prime Minister Sanna Marin (SDP) spoke to reporters outside the House of the Estates in Helsinki on Wednesday, 7 April 2021. (Heikki Saukkomaa – Lehtikuva)

PRIME MINISTER Sanna Marin (SDP) on Wednesday revealed that she is “cautiously optimistic” about life returning to returning to relative normalcy by Midsummer in Finland, reports Helsingin Sanomat.

“I don’t think it’s impossible, but it isn’t possible to say anything for sure. The uncertainty is linked to what we’re having to deal with,” she commented to journalists outside the House of the Estates in Helsinki.

“If we work together responsibly and make sure that we take health security into consideration in our actions, I’m expecting a good summer.”

Marin justified her optimism by pointing out that the number of new infections decreased last summer and that, this summer, the epidemiological situation should improve also as a consequence of the well progressing vaccination campaign.

The Finnish government met yesterday evening to discuss how the restrictions introduced to manage the epidemic could be gradually lifted as the spring begins to turn to summer. Marin tweeted at around 10.30pm that the government is also interested in hearing the views of other members of society and will invite comments on its so-called exit strategy as of Friday, 9 April.

“We’ll also organise a separate discussion about the plan with labour market organisations and municipal authorities,” she added.

The opposition will be briefed about the strategy today, on Thursday.

Marin on Wednesday also revealed that the government is intent on lifting the restrictions in the reverse order in which they were introduced, starting by ending the state of emergency and relinquishing the emergency powers before proceeding to allowing the re-opening of restaurants.

Events, she envisioned, could be allowed on a larger scale in June or July.

Minister of Family Affairs and Social Services Krista Kiuru (SDP) similarly arrived for the negotiations in an optimistic mood, viewing that public awareness of the epidemic has increased.

“The optimism stems specifically from the fact that restrictions have had an impact in areas that were in the acceleration stage. We’ve managed to turn the growth of the epidemic into a clear decline in those areas.”

The summer, she also underlined, will be free of restrictions like last summer only if the infection numbers continue to decline.

“The question is will this summer or spring be cancelled. And we can certainly cancel parts of this early spring to make sure the summer will be better,” commented Kiuru.