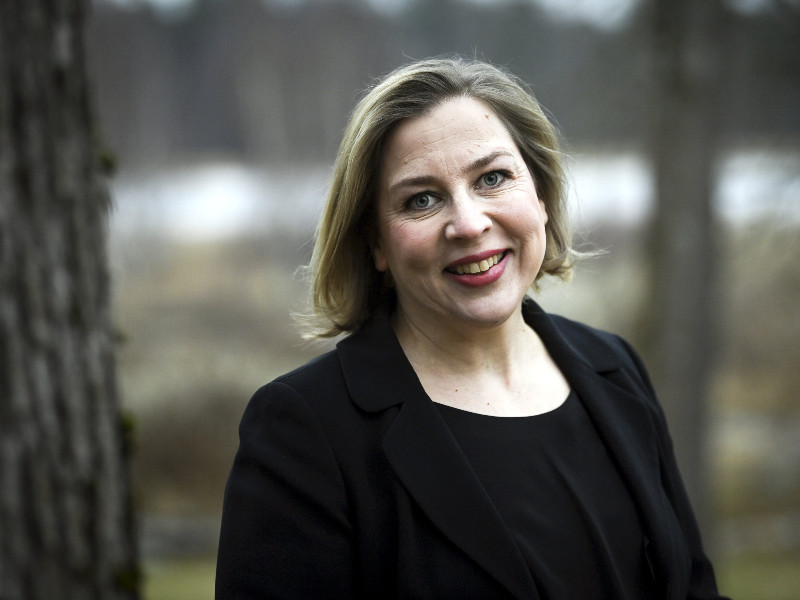 Tytti Yli-Viikari, the director of the National Audit Office (VTV), has recently come under scrutiny for her spending and leadership style during her five-year tenure at the helm of VTV. (Emmi Korhonen – Lehtikuva)

AN EXTRAORDINARY AUDIT into the National Audit Office (VTV) will be carried out in the Finnish Parliament, reveals Veijo Niemi (PS), the chairperson of Parliamentary Auditors.

Helsingin Sanomat on Tuesday reported that the auditors were set to sign off on their audit report next week, but they have postponed it to look more closely into the recently reported discrepancies in the use of funds at VTV.

“I refuse to sign off on the audit report while the parliamentary office is weighing up the possible suspension of [Tytti] Yli-Viikari, [the director of VTV], the audit committee is working on a statement and even the National Bureau of Investigation (KRP) is investigating the issue,” Niemi stated to the newspaper.

“It’d be foolish of me to sign off on a clean audit report on VTV. This has to be investigated more thoroughly.”

VTV has come under scrutiny following the emergence of reports of the excessive on beauty, travel and representation costs of Yli-Viikari. The extraordinary audit will pay particular attention to these issues, according to Niemi.

“The main concern stems from the possibility that there have been discrepancies – for example, the thousands of euros spent on make-up services that have generated loads of public discussion,” he said.

The audit will be carried out by an expert organisation specialising in public-sector audits.

VTV and Yli-Viikari are also under scrutiny from other organisations. The parliamentary office last week initiated the process of suspending the director for the duration of a pre-trial investigation opened by KRP. The issue will be next discussed on Thursday.

KRP, meanwhile, is looking not only into Yli-Viikari, but also into Mikko Koiranen, the director of legal affairs at VTV. STT has written that the impetus for the investigation is a contract that guarantees an official pay without the obligation to work and that was ruled as unlawful by the Parliamentary Ombudsman in December 2020.

Both Yli-Viikari and Koiranen have denied all allegations of offences in office.

VTV is responsible for auditing and monitoring the management of central government finances. It operates as an independent audit authority under the monitoring of Parliamentary Auditors and the Parliament’s Audit Committee.

Iltalehti on Friday wrote that Yli-Viikari has also come under criticism from her subordinates for neglecting the statutory responsibilities of the office. Annual reports, it highlighted, indicate clearly that the amount of person-hours spent on auditing central government finances has decreased significantly, to less than a third, during the tenure of Yli-Viikari since 2016.

Auditing activities have also systematically become more pleasant to the target of the audit over the past five years, agreed all officials who have served under both Yli-Viikari and her predecessor, Chancellor of Justice Tuomas Pöysti.

Pleasing the targets of audits, the daily wrote, has been evident not only in the selection of auditing topics, but also in re-drafting of audit reports to not provoke a response from policy makers or government officials. Such a workplace climate has also led to self-censorship, the interviewees estimated.