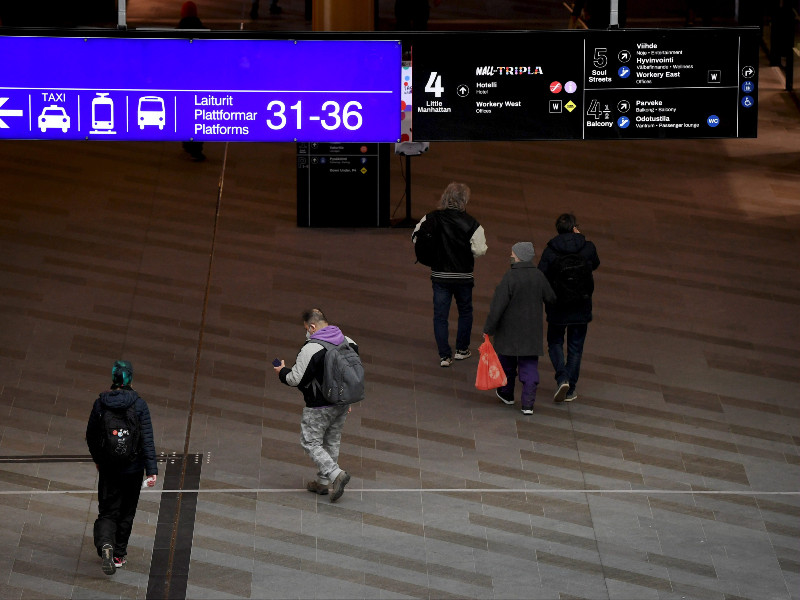 The Finnish government has begun looking into alternative ways to reduce social contact between people after its bill for movement restrictions stumbled, yet again, on legal obstacles. (Antti Aimo-Koivisto – Lehtikuva)

THE GOVERNMENT of Prime Minister Sanna Marin (SDP) on Wednesday said it has withdrawn its bill for enabling the introduction of restrictions to freedom of movement after the bill was shot down as ambiguous and disproportional by the Parliament’s Constitutional Law Committee.

Sources in the government have admitted that the rejection of the bill, the outcome of weeks of preparatory work, in the midst of the pandemic was a massive setback, YLE wrote on Thursday.

“As the prime minister, I stand by the government proposal and appreciate the work our officials are doing in this extremely trying circumstance and under immense time constraints,” Marin stated in a written reply to the public broadcasting company.

The Constitutional Law Committee stipulated that the restrictions should be targeted more specifically at the sources of infections cited in the bill – at, for example, shops and free-time encounters. The government is presently investigating whether it is possible to draft such measures, according to YLE.

“We’ll next evaluate if the conditions are in place for us to present a proposal to limit close contacts by prohibiting private events and encounters and what could be the timetable for presenting the proposal,” wrote Marin.

The Finnish Institute for Health and Welfare (THL), she said, will have to determine whether the impacts of such measures can be measured or modelled accurately. If not, it will be difficult to demonstrate the impact of the piece of legislation.

“The impact, in turn, is linked to the evaluation of whether the proposal is necessary and proportional,” she said.

The rejection has not only left the government scrambling for alternative measures, but also called into question the state of law drafting and the role of the Chancellor of Justice in Finland.

The Chancellor of Justice is responsible for monitoring the lawfulness of actions taken by the government and president, specifically from the perspective of basic and human rights.

The Constitutional Law Committee found major legal flaws in the bill that, apparently, were not detected by any of the officials participating in the drafting and review process. “It is not possible to regulate the everyday lives of people comprehensively in a western legal state. The committee views that the aforementioned is not without significance when assessing the proportionality of the fundamental solution set forth in the bill,” its statement read.

Helsingin Sanomat on Thursday wrote that professors of constitutional law have expressed their bafflement at the fact that the government ended up submitting such a flawed bill.

Janne Salminen, his colleague from the University of Turku, acknowledged that both the government and officials were in a judicially precarious position in drafting the bill, as its impact on basic and human rights would have been unprecedented in Finland. The government, he added, should nevertheless be able to have confidence in officials’ capability to advise it on how to avoid such legal pitfalls.

“Because of the Constitutional Law Committee’s statement, I almost feel sorry for the prime minister and government as the officials let the government run into yet another pitfall,” he said.

“The government bill naturally raises questions about the quality of law drafting but also about why anticipatory judicial review has failed.”

Chancellor of Justice Tuomas Pöysti drew attention to the exceptional nature of the drafting process.

“My overall assessment was that because of the epidemiological situation it was important and necessary to submit the government bill for parliamentary review and that the fundamental solution of the regulation could have been acceptable in the circumstances and met the requirements of both necessity and proportionality,” he commented to Helsingin Sanomat.

“If necessary, the proportionality and preciseness of the regulation could have been improved in the Parliament.”