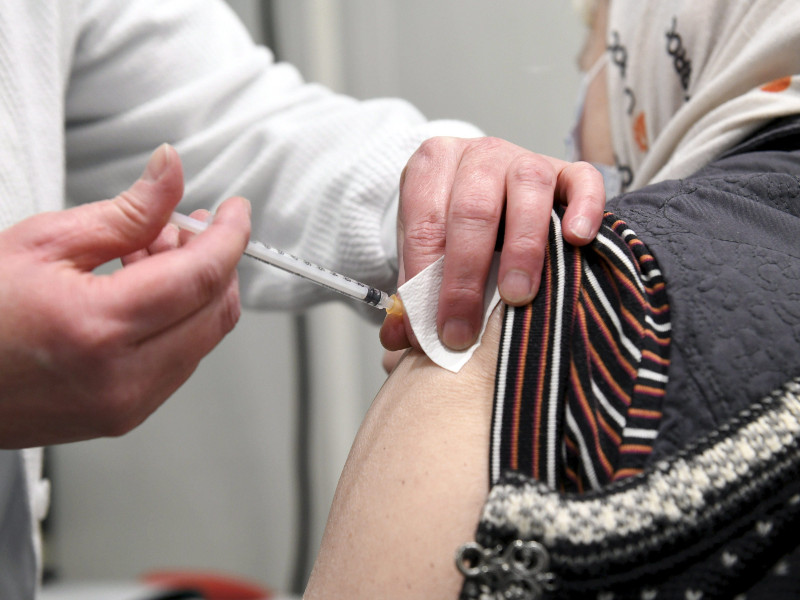 Covid-19 vaccinations in Finland are set to proceed in an age-based order also after the elderly, risk groups and frontline health and social care professionals have been vaccinated. (Heikki Saukkomaa – Lehtikuva)

THE FINNISH GOVERNMENT has decided to make changes to the order in which people are vaccinated against Covid-19.

The government decided that after the risk groups, elderly people and social and health care professionals working with coronavirus patients have been vaccinated, the vaccinations of other people would proceed in a descending order of age: first 60–69-year-olds, then 50–59-year-olds, then 40–49-year-olds, then 30–39-year-olds and finally 16–29-year-olds.

The order of age groups is not set forth in the current decree on vaccinations, said Jari Keinänen, a director at the Ministry of Social Affairs and Health. “This means that once you get to others, also they’ll be vaccinated from the oldest to the youngest,” he told Helsingin Sanomat.

The Finnish Institute for Health and Welfare (THL) on Wednesday announced it is proposing that the vaccinations continue according to age groups also after the elderly and risk groups have been vaccinated, even in the scenario that the distribution of vaccines between regions is re-thought.

Taneli Puumalainen, the head of infectious diseases control at THL, pointed out that the risk of developing serious symptoms from a coronavirus infections increases with age also in younger age groups.

“That is why the vaccinations should proceed according to age groups from the oldest to the youngest. The proposal to extend the vaccination order was made based on that it would prevent serious cases of the disease and deaths as well as possible, and support the health care system,” he stated.

Hanna Nohynek, a chief physician at THL, stressed that also people living in institutions and others in vulnerable position should be taken into account in carrying out the vaccinations – for example, by enabling municipalities to vaccinate everyone living in a certain institution at the same time regardless of age.

THL on Wednesday also voiced its readiness to re-think the distribution of vaccine shipments based on not only the relative population of hospital districts, but also the incidence of the coronavirus and the number of infected people requiring special care in the past 14 days.

The vaccine doses, it said, could be targeted more heavily at areas with at least 100 infections per 100,000 inhabitants in the past 14 days, as long as the risk groups and over 70-year-olds have received at least the first vaccine dose and the targeting neither prevents nor postpones the administering of second doses.