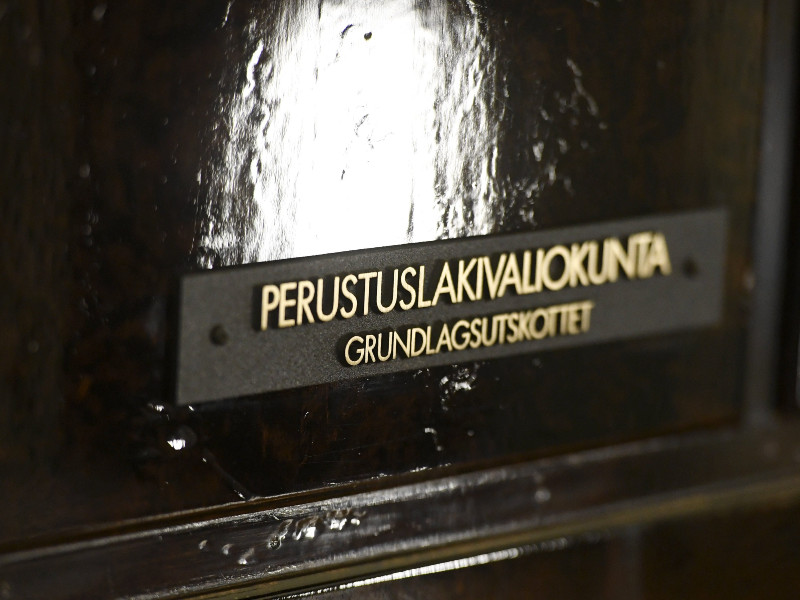 The Parliament’s Constitutional Law Committee on Wednesday ruled that the government bill on movement restrictions could lead to “absurd” regulation. (Heikki Saukkomaa – Lehtikuva)

THE CONSTITUTIONAL LAW COMMITTEE of the Finnish Parliament is calling for major and involved amendments to a government bill enabling the limitation of freedom of movement and close social contacts, reports Helsingin Sanomat.

The committee ruled yesterday that the fundamental approach of the bill to prohibit people from leaving their homes in all but 13 painstakingly itemised circumstances is wrong.

The committee elaborated in a press release that the problems in the bill are highlighted by its ambiguity, as it would make it “practically impossible” for people to make sense of the line between prohibited and punishable movement. This shortcoming, it viewed, cannot be rectified within the framework set by the fundamental approach of the piece of regulation.

The bill would also introduce a separate decree enabling the introduction of a face mask mandate in areas with the most challenging epidemiological situation. The mandate should not be issued under a separate decree but under the act on communicable diseases, according to the Constitutional Law Committee.

It argued that more lenient but equally effective measures are available.

The government, it said, can only meet the objectives set for its bill if the prohibitions and restrictions are targeted specifically at the sources of infection referred to in the statement of reasons – namely, at private events, gatherings, movement in groups and visiting shops. The bill should thus lay down detailed definitions for, for example, the types of gatherings that are prohibited.

The committee also called attention to the painstakingly detailed list of exceptions to the proposed movement restrictions.

“The committee is of the opinion that the chosen regulatory approach will partly result in regulation that could be characterised as absurd, as the lawfulness of movement for relationship-related reasons would be evaluated from against the criterion of necessity. The statement of reasons in the bill does not clarify how necessity would be evaluated in this context.”

The bill will next be discussed by the Parliament’s Administrative Committee. If it is returned to the government for further preparatory work, it would likely mean that the possible passing of the bill will be delayed by about two weeks, according to Helsingin Sanomat.