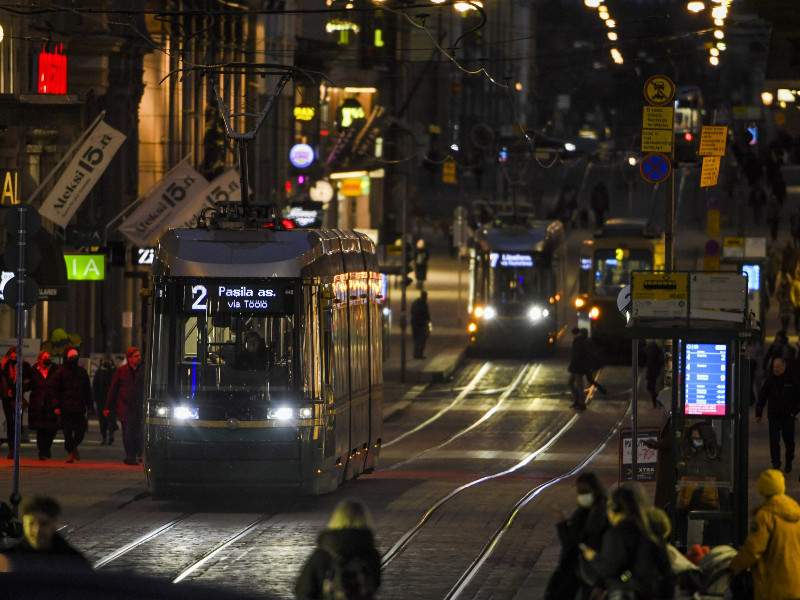 The Finnish government is moving towards limiting the movement of people to stop the coronavirus epidemic from exacerbating in the worst-affected municipalities of Helsinki, Espoo, Vantaa, Kauniainen and Turku. (Markku Ulander – Lehtikuva)

THE GOVERNMENT of Prime Minister Sanna Marin (SDP) on Wednesday published its much-discussed and long-anticipated proposal for restricting the movement of people in Helsinki, Espoo, Vantaa, Kauniainen and Turku, Finland.

It is proposing the enactment of a law that temporarily limits the freedom of movement and close contact of people in areas where the new coronavirus is spreading uncontrollably.

YLE on Wednesday wrote that the government is hopeful that the law can be enacted as soon as possible and remain in effect until 14 May. The actual movement restrictions, however, would be adopted for only three weeks at a time, based on an assessment of the epidemiological situation in the localities.

The proposal would prohibit people from leaving their home or comparable place of residence except for a dozen reasons, such as shopping for food, medications or other goods necessary for personal life; working or running a business; visiting a bank or post office; accessing social and health care services; conducting necessary official business; taking care or attending the funeral of a family member; going to a kindergarten or education institute; moving to one’s own property or vehicle; and taking care of a pet.

People could also leave their place of residence with other members of the same household or no more than two other people to exercise.

The government argued that limiting close contacts and freedom of movement more heavy-handedly is necessary to slow down the exacerbation of the epidemic in certain areas.

Both numbers would overwhelm contact tracing efforts and, as a result, enable the more transmissible virus mutations to spread even faster.

“A burden such as this could not be carried without a nearly complete winding down of non-urgent care,” the government stated, pointing to the forecast presented by HUS.

The movement restrictions would not prohibit children born in 2008 or later from playing with each other outside. The mask mandate, in turn, would apply to everyone born in 2007 or earlier in indoor spaces and modes of transport used together with people from other households.

The proposal must still be approved by the parliamentary groups of all ruling parties and the Finnish Parliament.