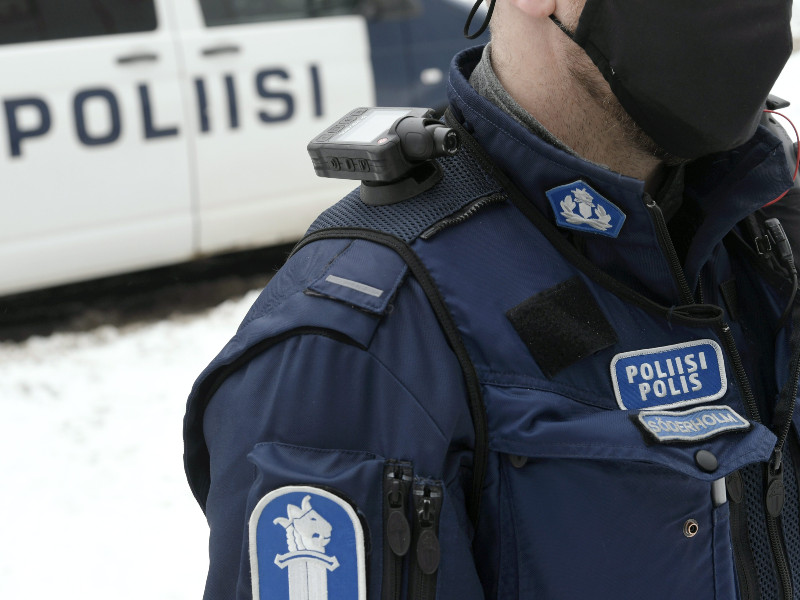 A police officer showed off the body-worn cameras that are to be adopted this spring across Finland. (Markku Ulander – Lehtikuva)

FINNISH POLICE OFFICERS have responded to an unusually high number of domestic calls this winter.

Marko Savolainen, a chief superintendent at the National Police Board, revealed to Helsingin Sanomat on Tuesday that the situation has exacerbated since the state of emergency declared during the first wave of infections in March 2020.

Police, he said, received around 1,800–2,000 domestic calls a week in February and March, representing an increase from all but a couple of weeks last spring. The weekly number of domestic calls usually ranges from 1,200 to 1,700.

He estimated that a factor contributing to the increase in domestic calls is that the coronavirus epidemic has forced people to spend more time than usual at home for an extended period of time. “Many have surely become tired and annoyed by the continuing state of emergency. Tensions are running high. That’s shown in the high number of calls to private residencies,” he analysed.

The shutting down of restaurants a little over two weeks ago, by contrast, appears not to be a major contributing factor, as the number of calls was high already before the start of what is presently set to become a six-week shutdown.

Savolainen reminded that the situation could exacerbate further this spring.

“It’s our prediction that if movement restrictions are introduced in certain areas, also domestic calls could increase in those areas,” he said.

Helsingin Sanomat highlighted that while police officers have been busy dealing especially with noise complaints, which are typically made by someone living close to the noise source, they have also received numerous calls categorised as personal disturbance, where the caller is often in the same premises as the cause of the disturbance.

Cases of domestic violence have similarly been fairly common, although their number has not increased as significantly from last year as other domestic calls.

Riitta Särkelä, the general secretary of the Federation of Mother and Child Homes and Shelters, is encouraging people to seek help as soon as possible if tensions begin to fray at home through services such as Nettiturvakoti.fi.

“Family and relationship violence usually doesn’t end on its own,” she reminded.

Reports of assaults have contrastively decreased, in both public and private places. The number of assault reports for each of the three past weeks is lower than for any week in 2019 and 2020, highlighted Helsingin Sanomat.

“What’s behind the decline in assaults is a good question,” said Savolainen. “One reason may be that people have avoided being in public places. Also the restrictions on restaurants’ opening hours may explain the situation to some extent.”

It is also possible, however, that if acts of violence are taking place increasingly in private homes, fewer of them are ever reported to police.