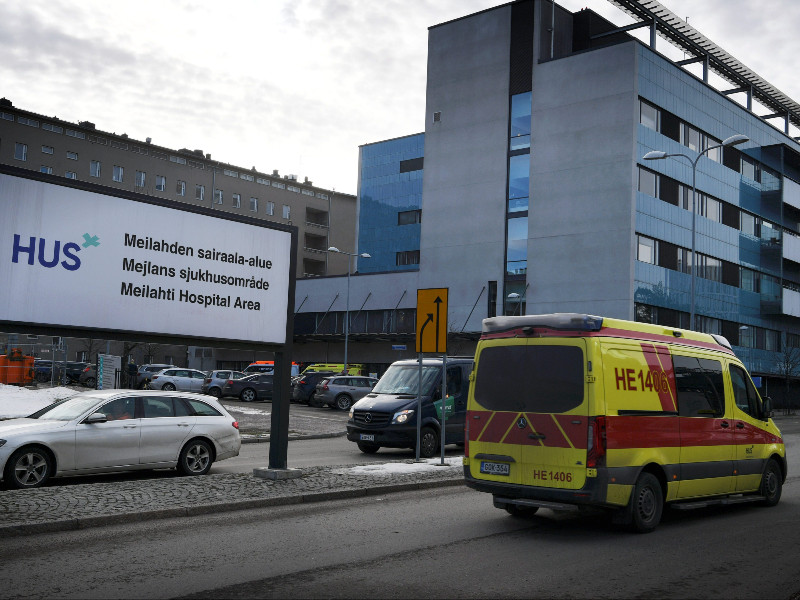 An ambulance drove by Meilahti Hospital in Helsinki on 3 March 2021. (Antti Aimo-Koivisto – Lehtikuva)

THE HOSPITAL DISTRICT of Helsinki and Uusimaa (HUS) may have reached a turning point in regards to the coronavirus epidemic, writes Helsingin Sanomat.

Markku Mäkijärvi, the chief medical officer at HUS, on Monday revealed to the newspaper that although neither the number nor the incidence of infections has quite begun to decline in recent days, neither is also presently increasing.

“It’s probable that the shutdown is what has allowed us to stop the coronavirus epidemic from spreading further,” he viewed. “But we’re still only talking about data from a few-day period.”

The Finnish Institute for Health and Welfare (THL) on Monday stated that 430 new laboratory-confirmed infections have been detected in Finland. With over a third, or 151, of them were detected in Helsinki, 56 in Espoo and 43 in Vantaa, the capital region accounted for more than half of the nationwide total.

“The growth of the epidemic seems to have stopped, but what direction do we go in now? My guess is that if the restrictions stay the same, we’ll see a modest decline,” analysed Mäkijärvi.

A modest decline, however, is not enough from the viewpoint of the health care system, as the change is not yet evident in the number of patients requiring hospital or intensive care for symptoms caused by the new coronavirus, he reminded.

HUS on Monday had a total of 107 coronavirus patients in hospital care, including 24 in intensive care, following an increase of 10 over the weekend. The epidemic thus continues to put an excessive strain on the health care system, according to Mäkijärvi.

He highlighted that a single intensive care bed costs roughly 3,500 euros a day. When a coronavirus patients requires the bed for 10 to 12 days, there is no capacity for five to six cardiac surgery patients, meaning the surgeries have to be either cancelled or taken care of in other ways.

“You can’t say yet that the epidemic has turned in a better direction as far as health care is concerned,” he said.

Mäkijärvi added that although he is not an advocate of restricting the movement of people in their free time, the government is faced with a decision on whether to quell the epidemic quickly or slowly. The former option, he said, would require that additional restrictions are introduced without delay.

“If the shutdown measures are continued in several three-week spells, it’ll be very hard mentally.”

Mäkijärvi stressed that any movement restrictions should be designed and supervised in a way that guarantees that they bring about a genuine reduction in contact between people from different households.

“If movement restrictions are adopted, I’d be in favour of people only handling their essential grocery and pharmacy shopping,” he told.

It is also critical to understand, he said, that the vaccinations are not yet helping in managing the epidemic, as the virus is spreading primarily among young people while the vaccinations have been administered to older people and risk groups.

THL on Monday reported that almost 734,000 people have received at least the first dose and over 87,000 two doses of a vaccine developed against Covid-19.