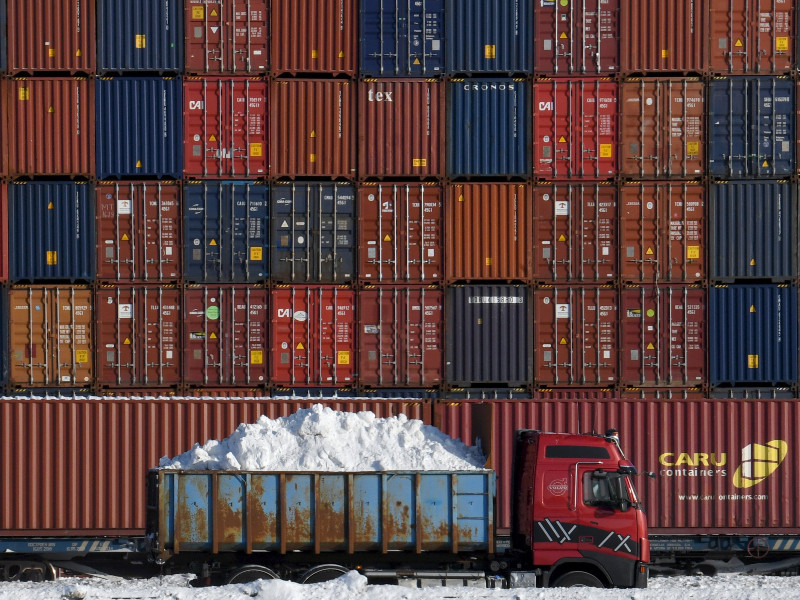 A lorry loaded with snow drove by stacks of shipping containers at Vuosaari Harbour in Helsinki on 5 February 2021. (Jussi Nukari – Lehtikuva)

THE VALUE of Finnish goods exports decreased by 10.6 per cent year-on-year in January, reports Finnish Customs.

Finnish Customs on Wednesday revealed that its preliminary statistics indicate that the value of goods exported from the country during the first month of the year stood at 4.4 billion euros. The value of imports, in turn, decreased by 9.9 per cent to 4.7 billion euros.

The exports of ore and wood contrastively increased.