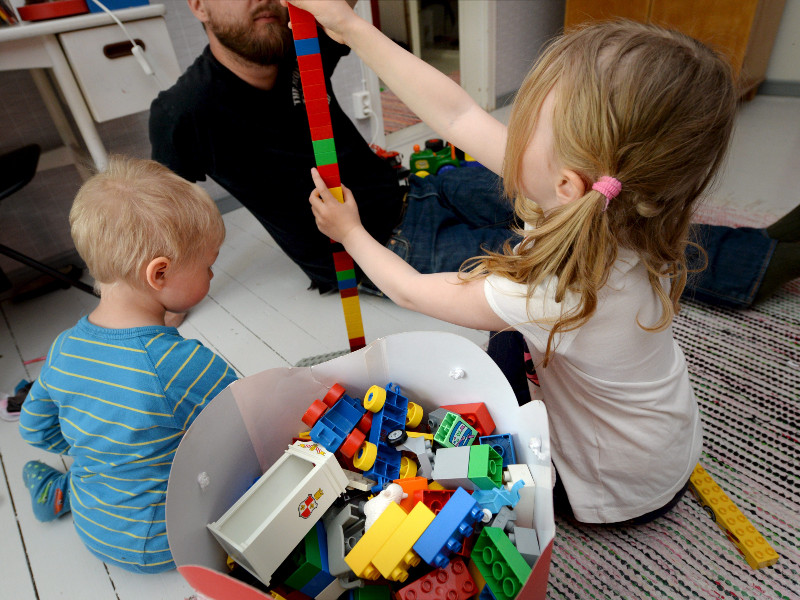 A father playing with his children in Helsinki on 3 June 2015. Restrictions on social contact outside the home could be difficult especially for single-parent families. (Mikko Stig – Lehtikuva)

FINNS need not be concerned about the government introducing restrictions on movement in the coming weeks, assures Kirsi Varhila, the permanent secretary at the Ministry of Social Affairs and Health.

“We’ll have to first see and evaluate the effects of the restrictions we’ve just introduced before going down that road,” she explained on YLE’s A-studio on Tuesday.

Public debate about restrictions on movement has heated up in recent days, after it was confirmed that government officials are preparing them in anticipation of the epidemiological situation exacerbating. Varhila reiterated yesterday that the preparatory work is precisely what it sounds like, preparatory.

“The emergency powers act also was prepared during the Christmas holidays, to be on the safe side,” she said.

The Finnish Institute for Health and Welfare (THL) on Tuesday voiced its support for restricting the movement of people outside their homes in areas worst affected by the coronavirus epidemic. People, it recommended, should only be allowed to spend time outside with other members of the same household.

Varhila viewed that it is difficult to predict how the situation will develop in the coming days and weeks: “Everything that can be used to reduce encounters is helpful. If the measures already in place aren’t enough, we’ll have to come up with additional measures – and there aren’t too many of those left.”

Finland, she also reminded, has yet to resort to measures as tough as a curfew, unlike many other countries in Europe.

“We’ve been allowed to live our lives relatively freely in Finland,” she said.

Anna Moring, an expert at Finland for All Families, on Tuesday highlighted that the restrictions reportedly under preparation are founded on the concept of nuclear family, even though a third of families in the country do not fit the mould of two parents of different genders and their biological children.

Many children, she said, are raised in a blended family, single-parent family or outside the home. Although the restrictions would reportedly allow meetings related to handling child custody-related matters, it alone is not enough, Moring stated to Helsingin Sanomat.

“The majority of families living post-divorce daily lives don’t have formal right of access. If all these families now rushed to make a formal agreement on rights of access with child supervisor services, which already have a six-month waiting time, I really don’t think how we’d make it through.”

“These families have had it tough for some time because means of support in the form of grandparents, for instance, have been limited. It’d be a harsh decision to make it impossible to involve others from your inner circle of friends’ families in your daily family life.”