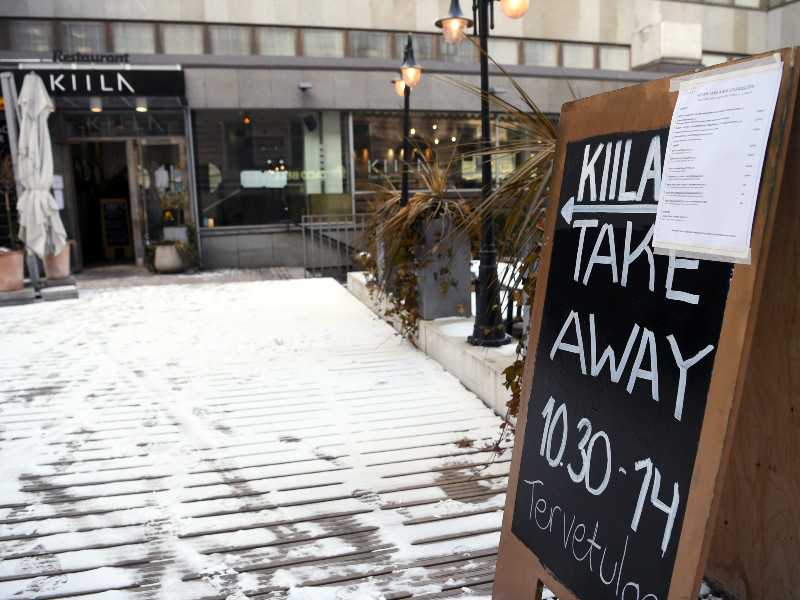 A member survey carried out by the interest group indicates that the outlook for the pandemic-hit tourism and restaurant industry has to darkened further as the government has stepped up its restrictions and vaccinations have moved forward slowly.

“As the coronavirus crisis drags on and vaccinations are delayed, companies will not have the funds to even pay wages,” stated Timo Lappi, the managing director of Mara.

“Lessors have not lowered rents, even though that would be necessary for the survival of companies. The restaurant shutdowns and other stricter restrictions have exhausted business owners and employees in the industry both financially and mentally.”

Mara on Tuesday highlighted that the situation is especially bleak in the event and catering segment, where nearly a half (48%) of companies expected to be at risk of bankruptcy and seven per cent to have shut down by the end of the third quarter. The scenarios were deemed more likely than not also by 34 per cent of pubs and nightclubs, and 27 per cent of hotels and spas.

Lappi pointed out that the threat of bankruptcy or closure looms large especially over businesses targeted by the restrictions designed to limit the spread of the new coronavirus.

“Even though demand for the services is being undermined by the cautiousness of customers, strict restrictions have a key role in these sectors being specifically the ones at the greatest risk. I wish the government devised alternative scenarios for how the restrictions could be lifted and the return toward more normal times could start,” he said.

“Business owners are desperate for a timeline for when things could start getting easier.”

Mara stated that it is critical also for the national economy that the companies can ride out the crisis and start contributing to tax revenue and re-employing the tens of thousands of temporarily laid-off employees immediately after the crisis.

Restaurants, Lappi revealed, will run up around 90 million euros in inflexible fixed costs during the three-week shutdown alone. The tax footprint of companies in the tourism and restaurant industry stood at 2.9 billion euros in 2019.

“It is critically important that the state compensates the industry fully for the inflexible fixed costs,” he stated. “The Parliament should remove the personal liability limit of 30 per cent from the third cost support package. Large companies need a compensation package that enables the compensation of losses of up to 10 million euros.”

Almost 900 companies responded to the survey by Mara.