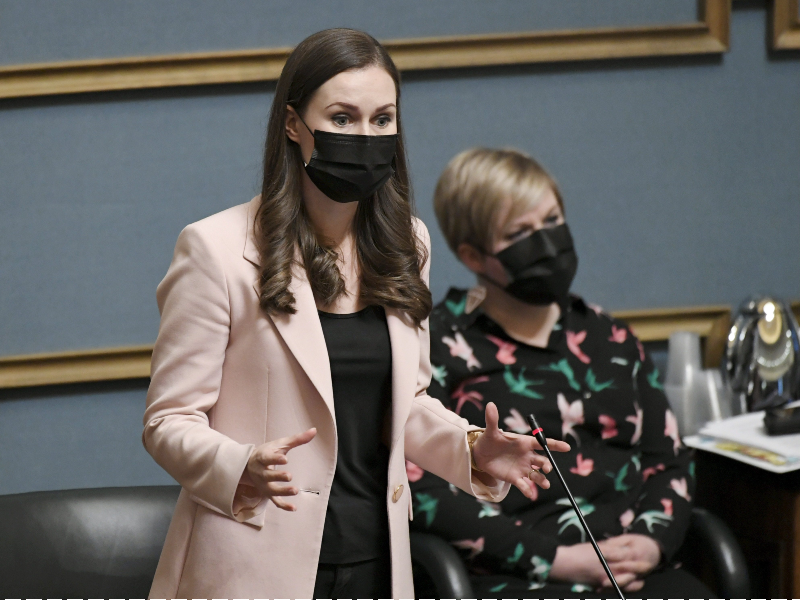 PRIME MINISTER Sanna Marin (SDP) stated to YLE on Thursday that the government may soon have no choice but to seriously discuss instituting a curfew in Finland.

“The likelihood that we’ll have to adopt measures as heavy as that has increased. I believe the government may be faced with this situation fairly quickly and discuss this very seriously,” she commented on YLE A-studio.

Marin said the Finnish Institute for Health and Welfare’s (THL) latest projections indicate that the number of coronavirus infections is rising rapidly. The government, she stressed, must nonetheless make sure it has exhausted all other options before resorting to limiting the fundamental rights and liberties of citizens.

“You have to keep in mind that when we’re talking about things that limit basic rights as harshly as this, they have to be necessary and proportional, and all other measures must’ve been used.”

Minister of Justice Anna-Maja Henriksson (SFP) echoed the views of the prime minister by indicating the government is by no means looking forward to introducing restrictions on movement of people.

“I hope we’ll get by with the measures we’ve decided on and the ones entering into force or already in force,” said Henriksson.

Helsingin Sanomat reminded this morning that singing and dancing in restaurants across the country is prohibited as of today until the end of June. The prohibition was issued under a section of the legislation that enables authorities to prohibit patrons from leaving their seats in restaurants, except in four circumstances.

Ismo Tuominen, a senior counsellor at the Ministry of Social Affairs and Health, stated to STT that the exceptions are walking to your seat when arriving in the establishment, walking to the exit when leaving the restaurant, using the restroom or smoking area, and picking up food or drinks from the bar or buffet counter.

“The restaurant must make sure its customers don’t leave their seats. That’s the rule of thumb,” he summarised.

The government is also moving forward with a proposal that would shut down bars, pubs, nightclubs and restaurants in areas in the acceleration or community transmission stage of the coronavirus epidemic for three weeks.