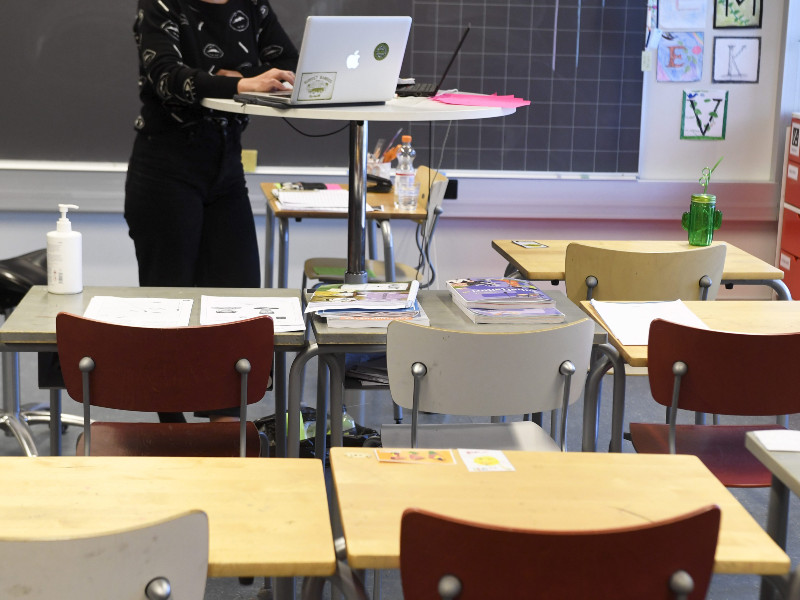 Pupils in the last three years of basic education will be taught remotely in large parts of Southern Finland between 8 and 28 March, under a decision by the Regional State Administrative Agency (AVI) for Southern Finland. (Vesa Moilanen – Lehtikuva)

THE REGIONAL STATE Administrative Agency (AVI) for Southern Finland has expanded its restrictions to cover large parts of its administrative region, reports YLE.

AVI for Southern Finland on Thursday declared that its decision to shutter facilities such as gyms, sports facilities, amusement parks and indoor playgrounds, be it publicly or privately operated, across the Hospital District of Helsinki and Uusimaa (HUS).

The shutdowns will be carried out under section 58g of the act on communicable diseases for the period between 8 and 14 March.

Such indoor spaces will, however, be allowed to keep their doors open as long as they do not take in more than 10 users, customers, attendees or participants at once. The corresponding limit for outdoor facilities is 50. The facilities will also be allowed to host leisure activities for children born no earlier than in 2008, professional athletes and activities falling within the scope of private or family life.

The operators of facilities are required to adhere to the obligations laid down in the act on communicable disease on, for example, health security and user instructions.

AVI for Southern Finland said it has ordered primary schools to suspend in-person instruction for pupils in the last three years of basic education not only in Helsinki and Uusimaa, but also in Kanta-Häme, Kymenlaakso, Päijät-Häme and South Karelia between 8 and 28 March. In-person instruction will continue for pupils in years one to six of basic education, as well as for special-needs pupils.

Both public and private sector operators are also required to make sure their users, customers, attendees and participants are able to maintain a safe distance to each other across Southern Finland. The order represents an expansion of a decision issued for Helsinki and Uusimaa on 25 February.

The attendance limits on gatherings will also be toughened by prohibiting all public event and gatherings with more than six attendees between 5 and 31 March. The limit had been adopted in HUS on 25 February.