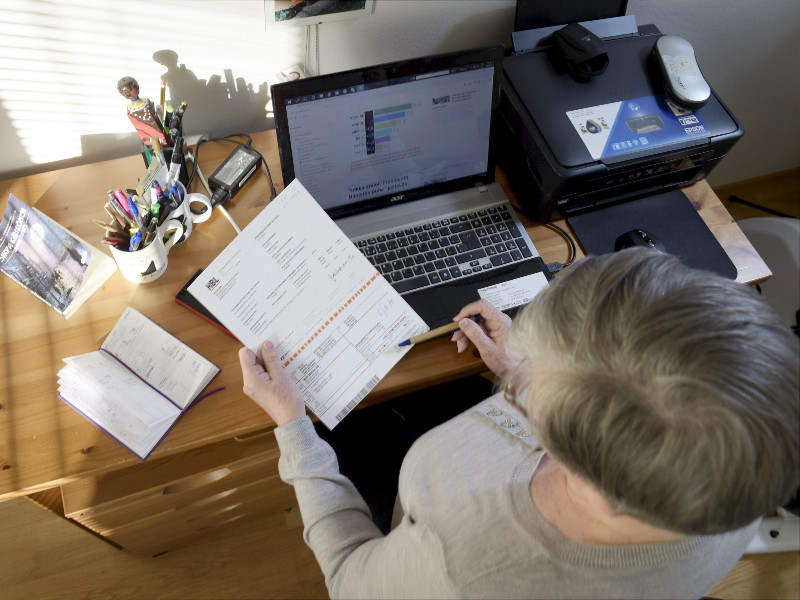 An 81-one-year-old pensioner using a laptop in Helsinki on 4 February 2016. (Martti Kainulainen – Lehtikuva)

PENSIONERS are better off than wage earners in Finland, states Sanna Kurronen, an economist at the Finnish Business and Policy Forum (EVA).

Kurronen on Tuesday highlighted in her blog that average pensions have increased noticeably faster than average earnings in the past 15 years. The share of low-income people, additionally, is lower among under 75-year-old pensioners than other population groups.

“The perception that there is a large group of impoverished pensioners is a myth that is not backed by statistics,” she declared.

She added that pension poverty is decreasing rapidly due to both the high pensions of the age groups retiring in the coming years and the departure of elderly people living in guarantee pensions from the group of pensioners.

“Low incomes are for the time being common more common among over 75-year-old pensioners than the rest of the population, because a lower number of them fell within an employment pension scheme similar to the current one.”

Kurronen on Tuesday told YLE that she penned the blog entry not to provoke, but to dispel the myth. “This was a blog entry in the spirit of myth-busters. We’ve had talk about pension poverty being a massive phenomenon, but it’s actually a phenomenon that’s disappearing rapidly.”

The pensioners of tomorrow, she reiterated, have been covered by an employment pension scheme for the majority of their professional careers. “That’s why the starting point is that they’ll do well in retirement. The situation was different and poverty was more real as recently as 20 years ago,” she commented to the public broadcaster.

She added that her goal is also to send a message to decision-makers and kindle a more well-balanced debate about pensioners: pensioners should not be lumped into a single low-income group.

“People receiving employment pensions aren’t typically the worst off in society. This should be kept in mind when weighing up ways to make the pension system more sustainable and equitable also or young people,” she told YLE. “I want to make people aware of the fact that giving more this and that to pensioners isn’t a particularly good starting point.”

Pensioner discounts and bonuses, therefore, may not be as necessary as is often thought. “Even the lowest-income pensioners have better basic security than other groups. And that’s naturally justified,” said Kurronen.