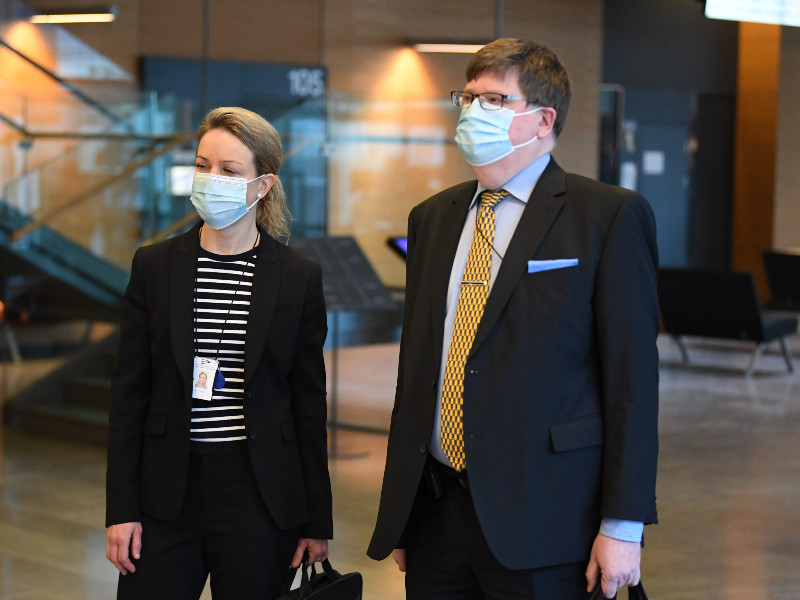 THE DISTRICT COURT of Helsinki on Wednesday heard the closing arguments of the defence and prosecution in the homicide of a 16-year-old boy in Koskela, a northern neighbourhood of the Finnish capital, in December 2020.

The prosecution demanded that each of three teenage defendants be found guilty of murder and sentenced to prison sentences ranging from nine years and six months to at least 12 years.

“The contributions of all three were significant in carrying out the offence in this case,” Yrjö Reenilä, the special prosecutor assigned to the much-discussed case, was quoted as saying by Helsingin Sanomat. “The act was prolonged, the defendants had planned the act, there were several perpetrators, there were several instruments, the victim was urinated on several times and the acts were at least partly directed at a completely defenceless victim.”

The victim, he added, lost his life as a consequence of brutal and torture-like violence committed by and disregard exhibited by the perpetrators.

The sentencing demands are based on the extent to which each defendant participated in the homicide and in earlier acts, such as assaults and robbery, according to district prosecutor Satu Pomoell.

Janne Nuutinen, the counsel representing the victim’s family, echoed the view of the prosecution that the act was carried out collaboratively and that each of three defendants should be found guilty of murder and sentenced to 12 years in prison.

“The victim’s family members will have to live knowing their son died as a result of mindless violence. This is a question of taking responsibility and getting justice,” he commented.

The defence has denied the murder charge throughout the proceedings, pleading guilty to aggravated assault and aggravated negligent homicide and calling for sentences ranging from a two-year suspended prison term to slightly over four years in prison. None of the defendants, they argued, sought to kill the victim.

The defence also emphasised the young age of the defendants, saying it was evident in how much the defendants thought an individual could tolerate violence.

The Ultimate Fighting Championship (UFC) was referenced several times during the proceedings, with the defence arguing that the defendants’ understanding of violence and human ability to tolerate it was founded on events witnessed in the mixed-martial arts fights.

The District Court of Helsinki is expected to deliver its verdict in the case on 24 March. Among the focal points of its deliberations will be the role of each of the defendants and the question of intent – namely, whether the offenders realised during the act that their actions would likely result in the victim’s death.