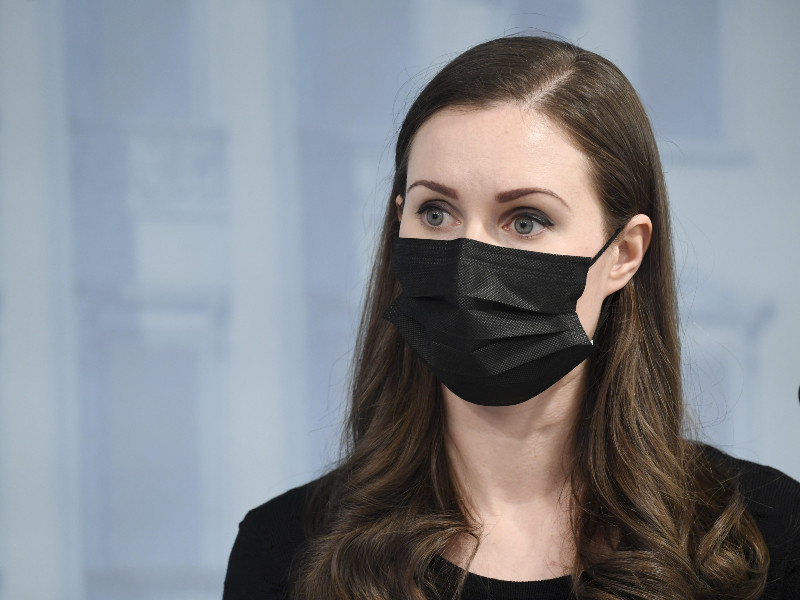 Prime Minister Sanna Marin (SDP) on Tuesday reiterated the government’s intent to invoke sections of the emergency powers act following the declaration of a state of emergency in Finland. (Heikki Saukkomaa – Lehtikuva)

PRIME MINISTER Sanna Marin (SDP) has stated that the government intends to invoke several provisions in the emergency powers act.

“We’re now preparing the decrees we have to submit to the Parliament,” she revealed on YLE’s A-studio on Tuesday. “And we’ll be using several clauses of the emergency powers act because we think it’s warranted and necessary.”

Marin said the preparatory work is well underway, with the government set to discuss the issue on Wednesday.

“There isn’t a [parliamentary] session tomorrow where these decrees on the emergency powers act could be issued, but the government will discuss the issue tomorrow. The planning and preparations have been ongoing for quite some time.”

The government, she specified, will resort at least to sections 106 and 107 of the act, which respectively enable it to assume full control of public communication and rule on differences about the purviews of authorities. Also other social and health care-related clauses may be invoked in a bid to ensure the coronavirus epidemic does not overwhelm the health care system of Finland.

“Maybe in this area too there’s a need to adopt clauses that steer the whole of social and health care,” said Marin.

“In other respects, we’re evaluating how to ensure that treatment isn’t compromised, [how] to ensure that help and treatment is available to everyone regardless of the circumstance and that the health care system isn’t burdened.”

Helsingin Sanomat on Tuesday highlighted that the number of patients hospitalised with coronavirus infections has risen notably in recent weeks. The Hospital District of Helsinki and Uusimaa (HUS), for example, reported last week that its intensive care capacity is only a few patients short of being overburdened.

Marin told YLE that the government will not be discussing a possible curfew but stopped short of ruling out the possibility.

“I don’t think we’ll be discussing any restrictions to outside movement tomorrow. The preparatory work is naturally underway also on this, because it’s possible that a time comes when we have to propose measures as heavy as this to the Parliament.”