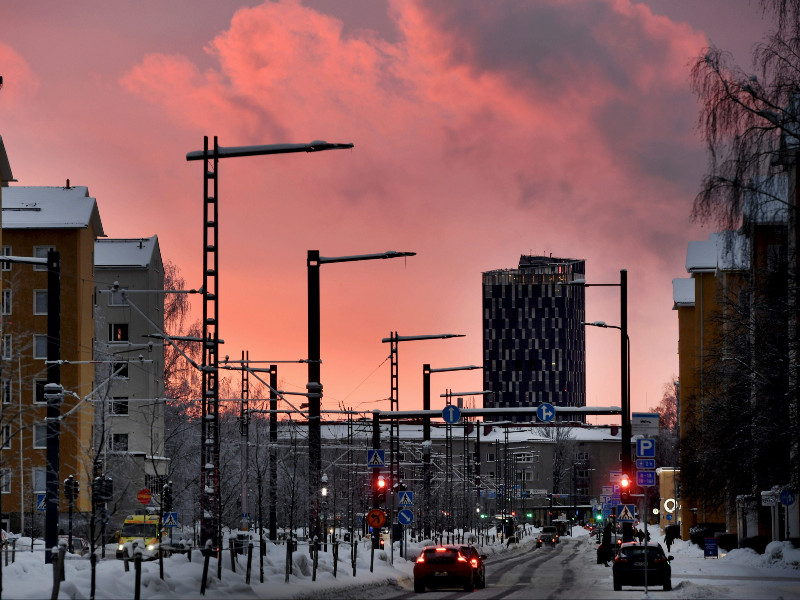 Teenagers in Tampere are currently set to return to school as usual after the one-week winter holiday, despite the remote teaching recommendation issued by the government on Thursday. (Heikki Saukkomaa – Lehtikuva)

THE CORONAVIRUS TASK FORCE in Pirkanmaa on Friday reported that the epidemiological situation has not changed significantly in recent weeks in what is the second largest economic region of Finland.

The task force consequently stated that schools in the region need not shut down and transition to remote instruction after the winter holidays.

“It was a difficult decision because, on the one hand, all sorts of contacts should be reduced but, on the other, the situation has been very quiet in Pirkanmaa – especially when it comes to children and young people,” Juhani Sand, the chief medical officer of Pirkanmaa Hospital District, commented to Helsingin Sanomat.

Students in the last three years of basic education and upper-secondary education will therefore return to school as usual after the winter holiday on Monday 8 March, barring a change in the epidemiological situation.

The task force highlighted that this year only one coronavirus infection has been shown to originate in education institutions for 12–18-year-olds, with the use of face coverings common among both pupils and teachers. The task force recommended nonetheless that the institutions be prepared to transition to remote instruction at a two-day notice.

“It practically means we’ll issue a recommendation for moving to remote instruction at a low threshold if the situation starts to change at some point,” said Sand.

He also estimated that schools in the region have maintained their readiness for the transition so well that the recommendation should necessitate no major changes in school activities.

Prime Minister Sanna Marin (SDP) on Thursday stated that all areas in the acceleration or community transmission stage of the epidemic should comply with the recommendations issued as part of what the government is calling a three-week shutdown. Schools in Greater Helsinki, for example, will transition to remote instruction for almost the entire March.

Although Pirkanmaa is presently in the acceleration stage of the epidemic, Sand viewed that the hospital district is not acting against the recommendations of the government.

“That’s not how we see it,” he stated. “We’re ready to pull the trigger on widespread measures if there are even the slightest signs [of the situation worsening],” he commented to Helsingin Sanomat.