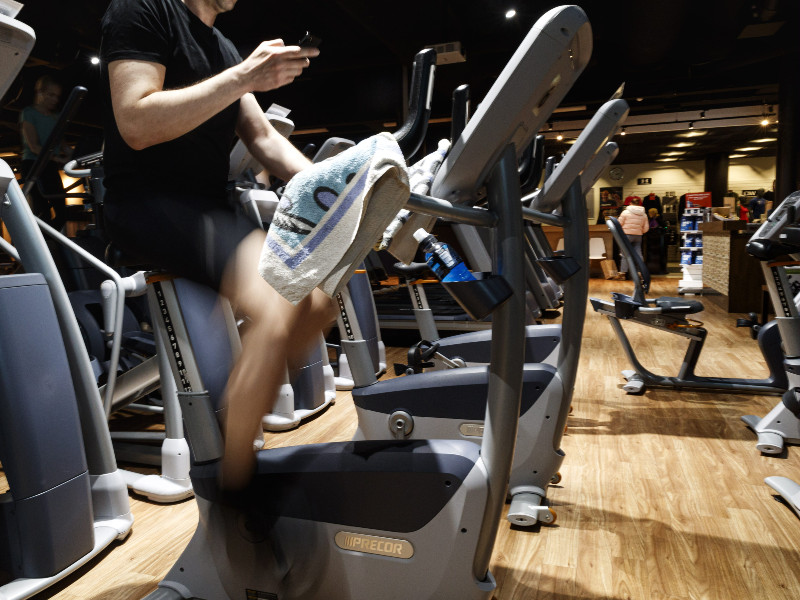 The decision will require additional measures from, for example, gyms operated by companies in Uusimaa, the most populous region of Finland. (Roni Rekomaa – Lehtikuva)

THE REGIONAL STATE Administrative Agency (AVI) for Southern Finland has decided to prohibit all close gatherings in public and semi-public spaces in Uusimaa, the most populous region of Finland.

The decision means the operators of such spaces must make sure their attendees and customers are able to avoid close contact with and maintain a distance of at least two metres to others. The Regional State Administrative Agencies define close contact as physical or face-to-face contact lasting a minimum of 15 minutes.

Local authorities have already limited the use of public spaces and events, while municipalities have been able to limit the use of their facilities. The new restriction, however, will also apply to spaces operated by commercial entities and religious communities, but not to small spaces such as hair salons with capacity for fewer than 10, explained Helsingin Sanomat.

“Otherwise it applies to all kinds of spaces where people gather. The restriction is very comprehensive and applies to all but private spaces,” said Riku-Matti Lehikoinen, the acting director of AVI for Southern Finland.

Private spaces refer to homes and other similar spaces. The restriction applies to, for example, spaces for sports and other leisure activities, including those used by children and young people, but not to restaurants.

“The same rules apply to children and youth as adults,” said Lehikoinen.

The operators of applicable spaces will be required to present a written plan for how they will prevent close contact between attendees and customers in practice. Operators that are unable or unwilling to take action can be shut down completely under a decision by either the municipality or AVI for Southern Finland.

The restriction was made possible by an amendment known as 58g introduced to the communicable diseases act on Monday. Given the recency of the amendment, its interpretation was mulled over with other Regional State Administrative Agencies.

AVI for Southern Finland is also weighing up stricter limits on public gatherings following the amendment, which enables it to shutter facilities such as gyms, dance halls, amateur theatres swimming pools and group exercise facilities for up to two weeks on grounds of the epidemiological situation.

“The disease situation is worsening and that’s why the restrictions must be stepped up. A decision on closing public spaces should come this or next week,” Lehikoinen told YLE.

Helsingin Sanomat on Wednesday reported that the strictest restrictions would likely be introduced in the capital region but possibly also in other parts of Uusimaa.

“We hope that people maintain a safe distance to others and that the operators of spaces only take in few people at once. Then there would be grounds for invoking 58g,” Lehikoinen commented to Helsingin Sanomat.