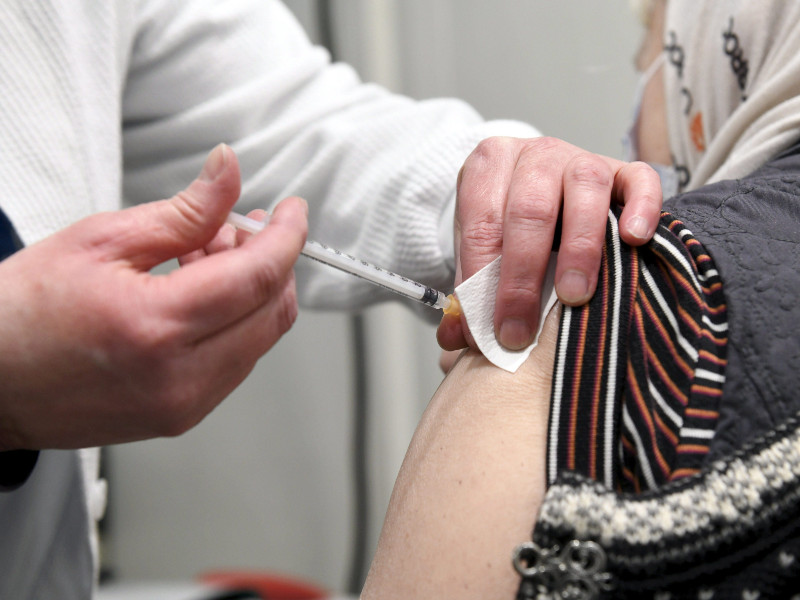 Almost 40 per cent of over 80-year-olds in Finland have been vaccinated against Covid-19. (Heikki Saukkomaa – Lehtikuva)

THE STATUS of Covid-19 vaccinations is not as bad as it appears judging by the public debate, Sirpa Rinta, the director of pharmaceutical policy at Pharma Industry Finland, stated on YLE Radio 1 on Monday.

The vaccination programmes have been criticised for lack of progress, in part because the vaccine deliveries have not been as large as initially expected.

Rinta on Monday estimated in an interview with the public broadcasting company that people may not realise that the long nature of the journey from securing market authorisation to delivering the vaccines.

“I think the fact alone that vaccine production exists at this scale is an absolutely enormous step forward,” she stated.

As separate authorisations are required for planning and commencing production, it consequently seems as if citizens, decision-makers and the pharmaceutical industry are speaking different languages.

“It’s challenging to get across an understanding of how vaccine production is linked to market authorisation and the timetable. Market authorisations are granted based on efficacy and safety studies, but starting up production lines is a completely different matter. That’s still in its early stages.”

Rinta pointed out that market authorisation is ordinarily a longer process, meaning the applicant is ready to commence production at high capacity immediately after receiving the authorisation.

“We’re in a completely abnormal situation in being able to obtain market authorisation this quickly. The focus has been exclusively on one thing: can the vaccine prevent serious forms of the disease? Follow-up studies on patients of different ages and with different doses [of the vaccine] are still underway,” she highlighted.

Finland, she also reminded, has fared well with the vaccinations.

“Finland is in shared first place with Denmark in the EU in terms of the vaccinations. We’ve seen 5.2 per cent of the population receive the first vaccine [dose],” said Rinta.

The country has adopted the objective of vaccinating two million people by 31 April. Information from Sunday indicates that at least 290,000 people have already been vaccinated, with more than 75,000 receiving both the first and the booster jab.

The share of vaccinated people is the highest among over 80-year-olds, at almost 40 per cent, according to YLE.