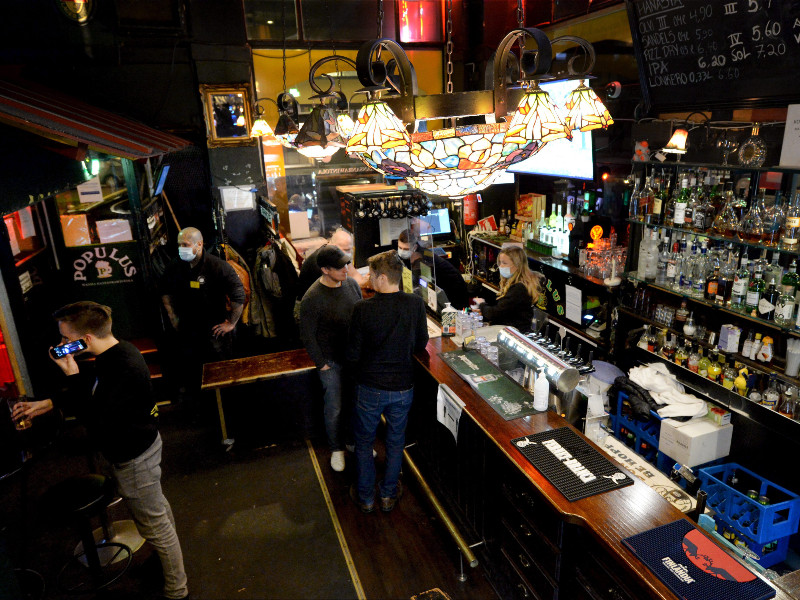 GOVERNMENT OFFICIALS in Finland are drawing up tougher restrictions on restaurant operations, reveals Kirsi Varhila, the permanent secretary at the Ministry of Social Affairs and Health.

Varhila on Sunday stated to YLE that the current legislation enables the government to impose tougher restrictions on the restaurant sector, estimating that the restrictions could entail prohibiting dancing and singing.

“Singing and dancing may soon come to an end,” she summarised. “We’ll have to weigh up the restrictions because the disease situation has clearly exacerbated.”

More comprehensive restrictions would require the approval of the Finnish Parliament, added Varhila.

The Finnish government, she revealed, is also considering moving to phase two of its coronavirus strategy in Uusimaa, the most populous region of Finland. The regional epidemiological situation will continue to be examined at the beginning of this week.

If the region was deemed to be in phase two of the epidemic, it would prompt the closure of gyms, spas, dance halls, swimming pools and other private sports facilities; amusement and indoor activity parks; and the public spaces of shopping centres under the act on communicable diseases. It would also prompt the government to re-consider the much-criticised to resume in-person instruction for upper-secondary education students in Uusimaa.

“This will also be mulled over,” Varhila told YLE.

The coronavirus coordination group for the capital region announced at the end of last week that in-person instruction for upper-secondary education students would be resumed in a limited and partial capacity as of early March.

Prime Minister Sanna Marin (SDP) described the decision as irresponsible during her regular interview with YLE on Sunday. Mayor of Helsinki Jan Vapaavuori (NCP), on the other hand, reiterated his support for the move, reminding that remote teaching has been shown to have a negative impact on young people.

“The effectiveness of restrictions on the spread of the epidemic is modest. The capital region has a broad-based understanding of the issue. The same exact interpretation has been made in Vaasa, for example,” he stated in a text message to STT.

Juha Tuominen, the chief executive of the Hospital District of Helsinki and Uusimaa (HUS), on Friday reminded in the coordination group’s press conference that the issue can be examined from various perspectives.

“At HUS, we’re looking at the matter exclusively from the viewpoint of health care capacity. We understand the mayors. There’s no conflict here; we’ve simply heard the views of each other,” he said.

Vapaavuori also stressed yesterday that genuine dialogue, rather than orders, is required between the central and local administrations as the fight against the coronavirus epidemic becomes trickier.