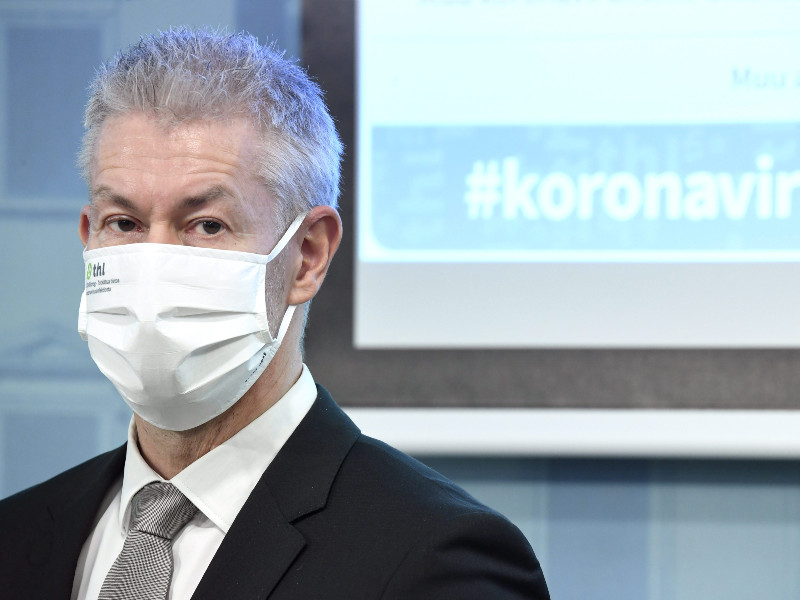 Taneli Puumalainen, the head of infectious diseases control at the Finnish Institute for Health and Welfare (THL), was photographed at a news conference in Helsinki on Thursday, 18 February 2021. (Heikki Saukkomaa – Lehtikuva)

THE FINNISH INSTITUTE for Health and Welfare (THL) is recommending that bars, pubs and nightclubs in the capital region be shut down for three weeks effective as soon as possible.

THL on Thursday argued that the drastic measure is warranted, for example, because a number of large chains of infection have been traced back to bars and private events, and because coronavirus infections have risen especially among 19–34-year-olds.

Residents of the Hospital District of Helsinki and Uusimaa (HUS) should also avoid travelling outside the district until 14 March to curb the spread of especially the coronavirus variant discovered in Great Britain. HUS has accounted for roughly 70 per cent of the 450 infections caused by the more transmissible variants in Finland, according to THL.

Taneli Puumalainen, the head of infectious diseases control at THL, reminded yesterday in a press conference that there is a clear difference in the epidemiological situation between the capital region and rest of Finland.

The incidence of the coronavirus has nearly doubled in the capital region in the past four weeks, rising to almost 186 cases per 100,000 inhabitants, but mostly declined in other hospital districts.

“Because of the British variant, which is more transmissible than other virus variants, the risk of the epidemic accelerating has risen in all of Finland,” stated Puumalainen. “More and more of it is found in Uusimaa.”

HUS on Wednesday expressed its support for introducing stricter restrictions on public gatherings in the capital region, highlighting that new coronavirus variants account for nearly a half of detected cases.

THL on Thursday reported that the number of laboratory-confirmed coronavirus cases rose by 614 to 52,209 between Wednesday and Thursday. Out of the 450 cases caused by new strains of the virus, 427 have been caused by the British, 22 by the South African and one by the Brazilian variant.