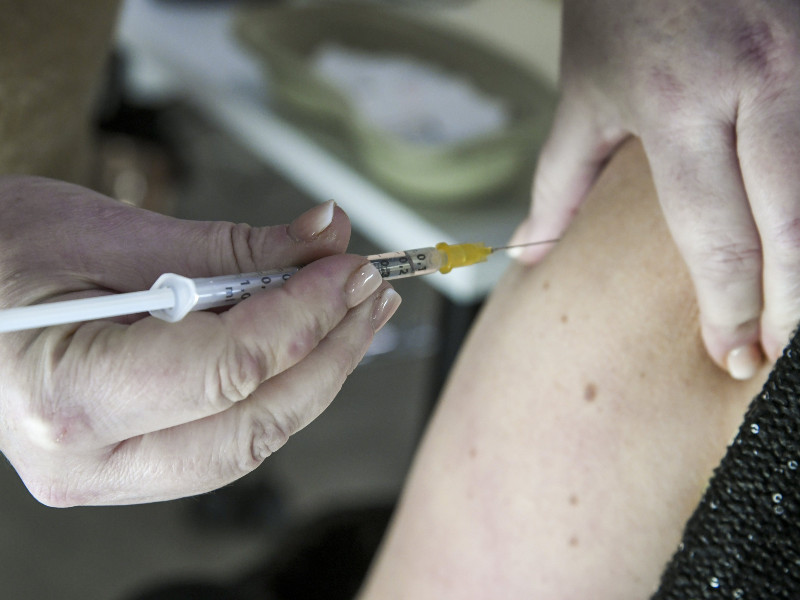 A person received a jab of the coronavirus vaccine developed by AstraZeneca at the Myllypuro Campus of Metropolia University of Applied Sciences in Helsinki, Finland, on 12 February 2021. (Markku Ulander – Lehtikuva)

THE OFFICE of Prime Minister Sanna Marin (SDP) has announced that government officials are seeking to finalise an electronic vaccination certificate by the end of April.

The certificate will be implemented on My Kanta, an online platform enabling citizens to, for example, check their health records, the results of laboratory tests and request prescription renewals. It could be accessed and shown through the platform in the form of a barcode or quick response (QR) code with a mobile phone – or printed on paper.

The development project is estimated to cost approximately 3.5 million euros, according to a press release from the government.

The certificate was one of the many issues discussed by the government on Tuesday. Health care officials reminded the government that the regional epidemiological situations remain prone to changing quickly, despite the relatively stable national situation. A number of regions, they highlighted, have reported mass exposures and large chains of infection.

While the government should consequently be prepared to step up the counter-measures, it has to also devise a roadmap for re-opening society safely once the epidemic begins to loosen its grip.

Minister of Family Affairs and Social Services Krista Kiuru (SDP) told Helsingin Sanomat on Tuesday that the government aims to present its proposal for introducing mandatory coronavirus tests at borders on Friday.

“I’m hopeful,” she said, revealing she has requested an extraordinary government meeting for Friday.

“There’s still need for specifications, but if the officials manage to [finalise the proposal] we’d be able to proceed with the border law then. […] It’s important to create the law for the tolerance of the whole nation.”

Chancellor of Justice Tuomas Pöysti said it is not impossible that the proposal on mandatory testing is submitted to the Parliament on Friday.

“The most important thing is to get the law,” he stated to the newspaper. “The regulations must nonetheless be delineated carefully and precisely. When you’re giving authority to regional authorities, the provisions must be clear.”