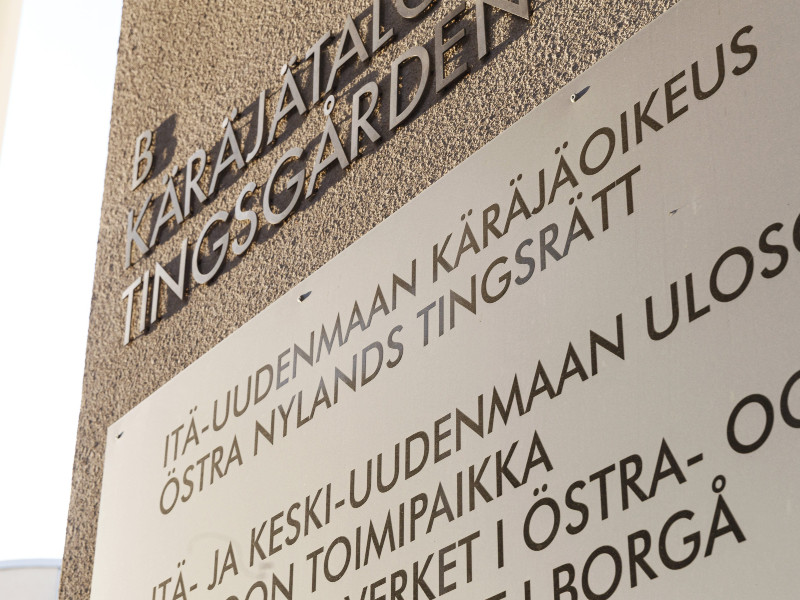 The facilities of the District Court of Eastern Uusimaa in Porvoo on 23 November 2020. (Roni Rekomaa – Lehtikuva)

THE DISTRICT COURT of Eastern Uusimaa has banned United Brotherhood, an organisation that has been described as the most dangerous gang in Finland, on grounds that its activities are unlawful and contrary to accepted principles of morality.

The ruling is historic because a court of law has never before issued a cease-and-desist order to a criminal organisation in Finland.

The District Court of Eastern Uusimaa viewed that United Brotherhood and its affiliate, Bad Union, make up an organisation established for the purpose of committing serious crimes. They are both hierarchically organised, have their own overt insignia and have armed themselves with firearms, it added.

“[The] operations have been flagrantly in violation of the criminal code, as evidenced by convictions of several aggravated offences,” the ruling reads.

Helsingin Sanomat on Monday estimated that the ruling could offer law enforcement authorities a new tool for the prevention of gang-related crime by, for example, making it more difficult to rent facilities for gang activities, sport gang insignia and engage in other overt activities.

The petition to prohibit the organisation was filed by the National Police Board.