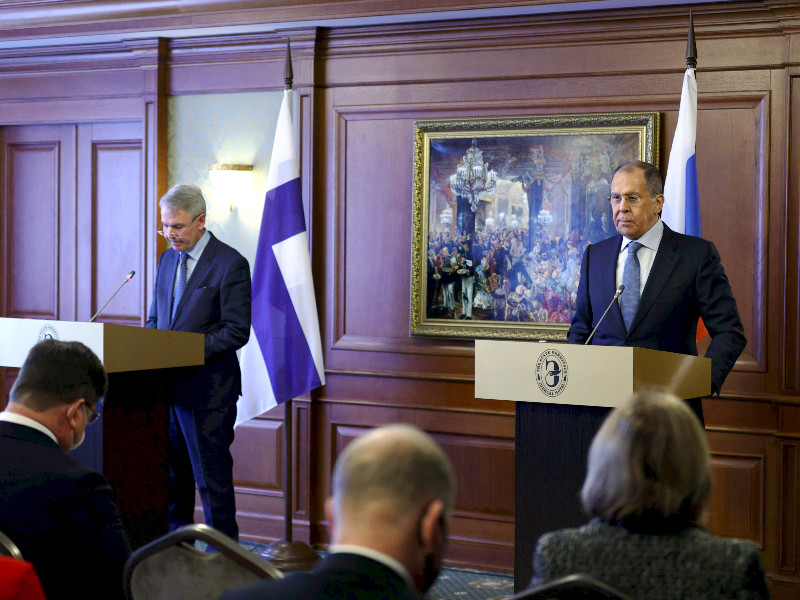 MINISTER for Foreign Affairs Pekka Haavisto (Greens) stepped before the media yesterday evening visibly pleased with the outcomes of his meeting and press conference with Russian Minister of Foreign Affairs Sergey Lavrov in St. Petersburg, Russia.

The meeting was surrounded with great intrigue due to the welcome received by Josep Borrell, the High Representative of the EU, in Russia in February.

Diplomats from Germany, Poland and Sweden were expelled from Russia during his visit for allegedly participating in a protest calling for the release of Alexei Navalny, the Russian opposition leader who was sentenced to three years and six months in prison for violating the terms of his probation on 2 February.

Haavisto on Monday became the first foreign minister to visit Russia from the EU since Borrell. He brought up the most sensitive topic – the poisoning and imprisonment of Navalny – during the public segment of the meeting, reminding that the original sentence had been ruled unjustified by the European Court of Human Rights.

“This message became very clear,” he was quoted as saying by Helsingin Sanomat.

He had to defend the 27-country bloc a number of times at the press conference in response to criticism levelled by Lavrov.

Russia, he argued, had no justification for expelling the diplomats for observing the demonstrations, which had been described as “illegal events” by Lavrov. His Russian counterpart argued in turn that international treaties guarantee diplomatic immunity only to diplomats who do not interfere in internal issues.

Lavrov, who last week warned that Russia is ready to break ties with the EU, said the bloc alone is to blame for the demise of the relationship. Russia, he said, technically has no relationship with the bloc but has positive relations with several of its member states.

“Crimea’s occupation and Ukrainian war led to the sanctions, as did using a nerve agent to poison opposition politician Alexei Navalny,” retorted Haavisto.

Haavisto and Lavrov had discussed bilateral and EU matters for roughly an hour before stepping before the media. They turned their attention to international issues after wrapping up the news conference and starting their working lunch.

“It was slightly more intense than in normal circumstances, but nothing dramatic,” described Haavisto. “There were some signs of the fallout of Borrell's visit.”

He also reminded that the disagreements hardly came as a surprise. “We didn’t agree on every issue even today,” he said.