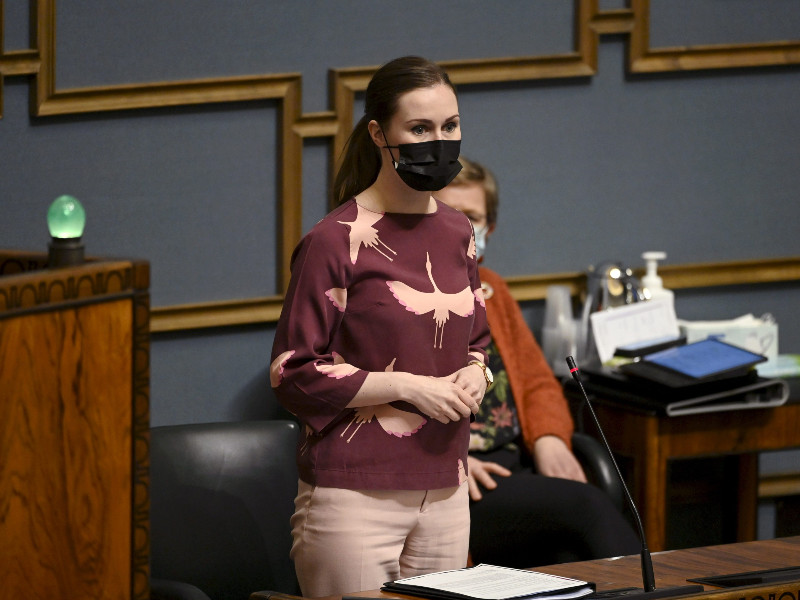 PRIME MINISTER Sanna Marin (SDP) on Saturday revealed that government official are currently finalising a bill that would introduce mandatory coronavirus testing at the borders of Finland.

“It’s set to be discussed at the government’s meeting next Friday,” she said to YLE in Turku, South-west Finland, on Saturday.

The Finnish government attempted to draft a bill for mandatory testing also last spring, but the bill was thwarted as “problematic” and “unsalvageable” by the Parliament’s Constitutional Law Committee. “It viewed that there were too many issues and [the bill] couldn’t be discussed. I hope the Parliament will be able to discuss the issue this time around,” said Marin.

The Ministry of Social Affairs and Health believes it has found a solution that makes mandatory testing possible also from a constitutional perspective: the testing decisions are made the responsibility of Regional State Administrative Agencies (AVI).

“In practice we’d be talking about every arrival being tested,” said Marin. “We now want to make sure that tests are adopted broadly at all land borders, as well as air and sea travel.”

She reminded that there is no room for complacency despite the relatively good epidemiological situation in Finland. “We have to stick with the restrictions precisely because the situation can deteriorate very quickly.

Marin told YLE that she is disappointed with the slower-than-anticipated pace of vaccinations but added that mass vaccinations should commence gradually as more vaccine shipments arrive in the country.

“The situation will become better, meaning there’s light and hope ahead. We’ll have to be patient and stick with the restrictions.

The public broadcasting company also asked the prime minister about the decision to end national vaccine production in 2003, which has been questioned in the wake of the coronavirus epidemic by many – including some Members of the Finnish Parliament.

“The decision and assessment was made at the time. The government is ready to promote the vaccine preforms and projects that we have in Finland. And we’re looking for tools to do this,” she said.

She also stated that she did not support of the notion of postponing the municipal elections due to the epidemic. Some researchers had expressed their concern about how the right to vote can be realised for, for instance, people who have been ordered into quarantine, whereas municipalities have estimated that they may not be able to organise at-home voting for everyone if a high number of people are sick.

“I think it’s very important that the municipal elections are held on time [in April]. We have to make sure democracy is realised also in unusual circumstances in Finland,” underscored Marin.

“It’s the responsibility of municipalities to make sure people are able to exercise their right to vote. All the tools that can be used to promote voting must be identified and put to use.”

The municipal elections will be held on schedule on 18 April 2021.