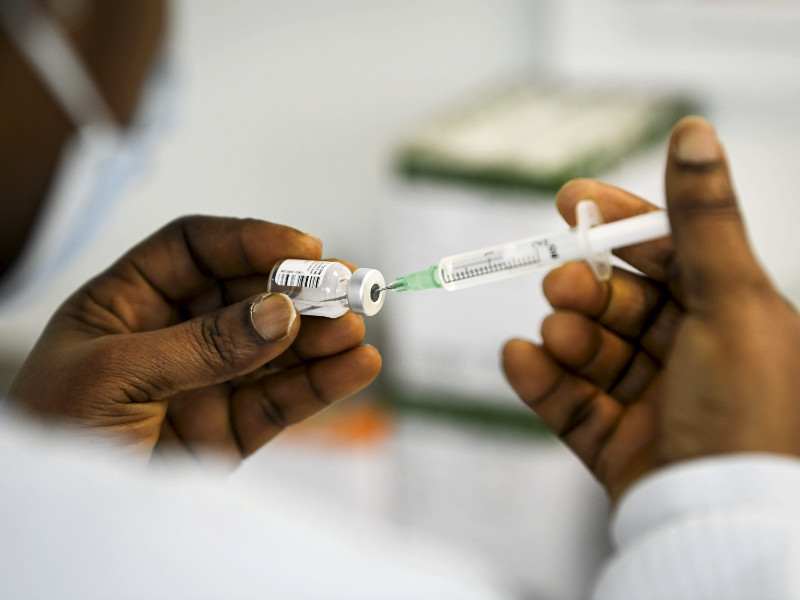 A health care professional prepared to administer a dose of a coronavirus vaccine on the Myllypuro Campus of Metropolia University of Applied Sciences in Helsinki, Finland, on 3 February 2021. (Emmi Korhonen – Lehtikuva)

THE FINNISH PUBLIC is increasingly willing to get vaccinated against the disease caused by the new coronavirus, Covid-19, suggests a survey commissioned by Helsingin Sanomat.

The survey conducted at the turn of the month found that 75 per cent of the public are ready to get or have already been vaccinated against Covid-19. Only 13 per cent of respondents contrastively stated that they intend not to take the vaccine, while 12 per cent stated that they are undecided on the matter.

The results indicate that attitudes toward the vaccine have become more positive in Finland.

“The numbers are starting to sound very good. This is good news,” Hanna Nohynek, a chief physician at the Finnish Institute for Health and Welfare, commented to Helsingin Sanomat.

Nohynek reminded that it is natural to find it difficult to form an opinion on an issue that remains alien and distant to the respondent. The process, she added, has become easier as the epidemic has progressed and understanding of the nature of the virus has increased.

“The longer the epidemic has progressed and the more we know about both the experiences of those who have had the coronavirus disease and the fatalities, the easier it is for people to form an opinion.”

Uncertainty about vaccine deliveries may have been another factor swaying the responses in December, according to Helsingin Sanomat. Finnish municipalities have since moved on from vaccinating frontline health care professionals to vaccinating elderly residents, with those at high risk of the disease due to an underlying health condition next in line.

It has also been discovered that the coronavirus has mutated into more transmissible strains and that the strains have found their way also to Finland.

Attitudes toward the vaccine remain positive especially among the elderly, the survey found. The share of respondents who indicated their readiness to get vaccinated stood at 91 per cent among over 70-year-olds but at 67 per cent among under 30-year-olds.

Nohynek viewed that it is natural for young people to have more reservations about the vaccine, given that the disease is usually more serious for the elderly.

Another recurring trend is the relative prevalence of negative attitudes among supporters of the Finns Party. While over a half (56%) of the opposition party’s supporters said they would take the vaccine, 30 per cent said they would not take it and an additional 15 per cent that they have yet to make up their mind on the matter.

The clear majority of other parties’ supporters expressed their readiness to get vaccinated.

Commissioned by Helsingin Sanomat, the survey was conducted between 29 January and 3 February by Kantar TNS.