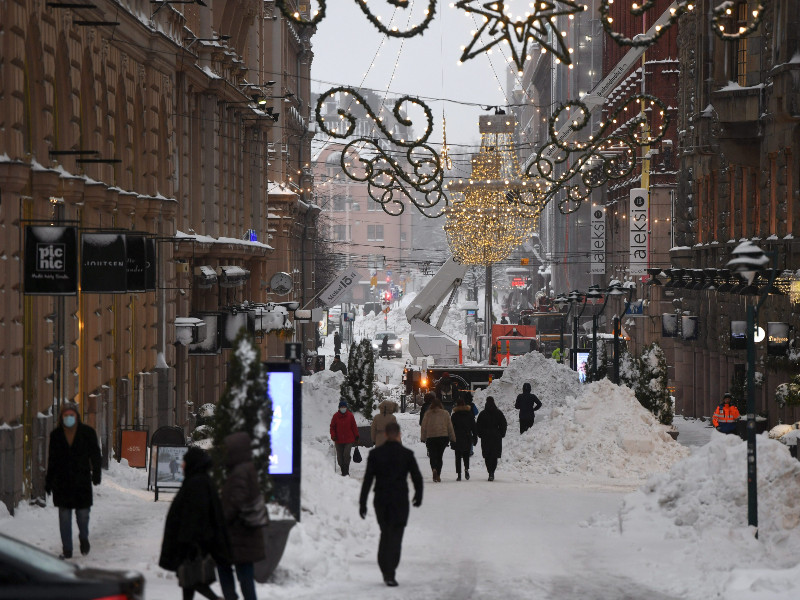 The roughly 180-million-euro tunnel will enable the extension of the pedestrian core of the centre of Helsinki. (Antti Aimo-Koivisto – Lehtikuva)

THE CITY COUNCIL of Helsinki on Wednesday made an in-principle decision to build a roughly 180-million-euro tunnel between Jätkäsaari and Länsiväylä.

The decision could trigger a major chain reaction at the heart of the Finnish capital, according to Helsingin Sanomat. Building the tunnel will enable the re-location of port operations to Katajanokka and West Harbour, which in turn will enable the thorough re-development of South Harbour.

South Harbour has been identified as an integral part of the mooted extension of the city's pedestrian core and effort to revitalise downtown Helsinki. Plans are afoot to, for example, construct a promenade, introduce services and build a design and architecture museum to enhance the appeal of the area.

The City of Helsinki will next month launch an idea competition for re-developing the area into an “open and enjoyable walkable urban space” that provides access to the sea and serves as a link between the Market Square and Kaivopuisto Park.

“This is a surprisingly elegant decision that creates a chain reaction solving many fundamental issues: reinvigorating the city centre, the new museum project and the traffic problems in Jätkäsaari,” Daniel Sazonov, the group leader for the National Coalition on the Helsinki City Council, commented to Helsingin Sanomat.

“The Katajanokka area will be developed and its transport connections improved. And the West Harbour will continue its positive development,” he envisioned.

The Green League, Left Alliance and Feminist Party all expressed their hope that the city also investigate the possibility of re-locating port operations to Vuosaari.

The alternative was initially supported also by the Social Democrats. The party, however, ultimately concluded that it was expensive and difficult to carry out. “A rational and economical option based on the studies that have been conducted is to concentrate the port operations to downtown. Vuosaari has a Natura site, for example, which would be an obstacle to the port’s growth,” argued Eveliina Heinäluoma, the group leader for the Social Democrats.