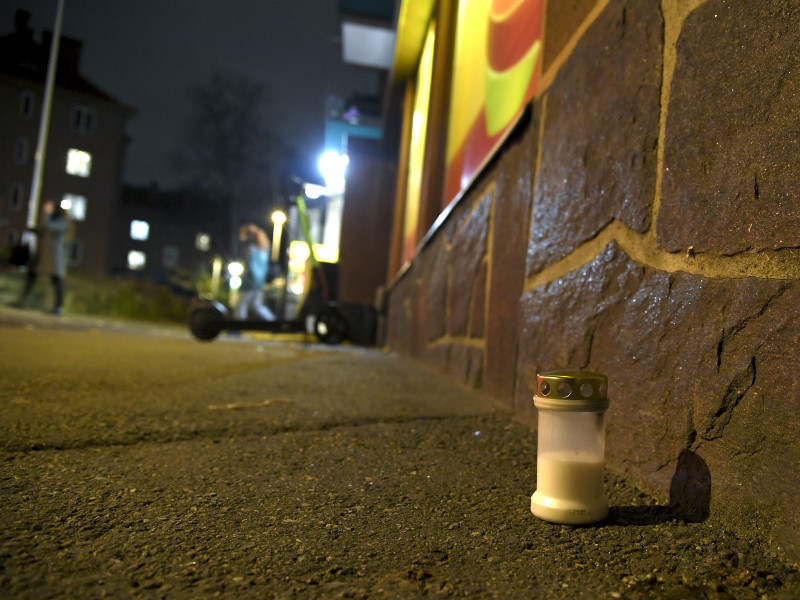 A man born in 2001 was stabbed fatally outside a corner shop in Vallila, Helsinki, on 31 October 2020. (Markku Ulander – Lehtikuva)

HEARINGS in a case in which two 16-year-old boys are accused of manslaughter and aggravated robbery over the stabbing to death a young man in Vallila, Helsinki, last October began at the District Court of Helsinki on Friday, 29 January.

Helsingin Sanomat on Friday reported that the defendants confirmed during the pre-trial investigation that they had set up a fraudulent drug buy with the goal of robbing the victim.

The prosecution, the newspaper wrote, is demanding that both defendants be sentenced to a joint punishment of imprisonment. The unusual demand represents a substantial increase in the duration of the sentence of a minor, as the legislation prescribes that under 21-year-olds only need to serve a third of their sentence.

The joint punishment can be handed down only on repeat offenders who are deemed to pose a danger to society in a psychological evaluation.

The victim’s family are additionally demanding over 20,000 euros in compensation for suffering and funeral expenses, for example. The victim was living together with his mother at the time of the homicide.

The prosecutor argued at the opening hearing that both defendants robbed the victim with an edged weapon, together with a third, under 15-year-old person, ultimately stabbing the victim in different parts of the body at least 20 times. The victim tried to escape the assailants twice by running across the street, but the defendants caught him and continued to hit, kick and stab him.

Under 15-year-olds are not criminally liable for their actions under the legislation.

One of the 16-year-old boys accused of the stabbing has confirmed the general sequence of events, although his defence counsel argued in court that the objective was to rob, rather than to kill, the victim.

“The victim died as a consequence of a completely overblown robbery,” described Juha-Pekka Hippi, the defence counsel of the defendant.

The second defendant has rejected the charge of manslaughter but admitted to that of aggravated robbery and some of the acts described in the charges, according to Helsingin Sanomat. His defence, however, argued that his actions were linked only to the robbery and that he did not deliberately help the other defendant to kill the victim.

The defendants did not know each other well and had met earlier on the day of the homicide by chance and came up with the plan to set up a drug buy to rob the seller.

The defendant who has confessed to the stabbing confirmed that they had not talked about using an edged weapon in advance but that he made the decision after arriving at the scene of the planned robbery.