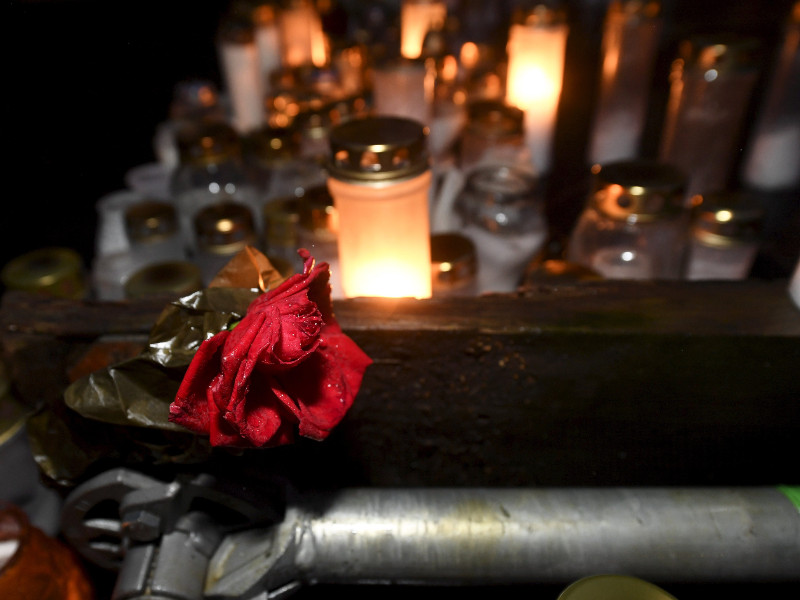 Roses and candles at the scene of the killing of a 16-year-old boy in Koskela, a northern neighbourhood of Helsinki, on 20 December 2020. (Vesa Moilanen – Lehtikuva)

OFFICERS at Helsinki Police Department have wrapped up their pre-trial investigation into the widely discussed murder of a 16-year-old boy by three boys of the same age in Koskela, Helsinki, on 4 December.

Helsinki Police Department on Wednesday stated that the three suspects sought to get the victim intoxicated by encouraging, as well as forcing, him to drink alcohol on the evening of the homicide.

The violence, it said, is believed to have begun shortly after the suspects and victim arrived on the premises of Koskela Hospital. The victim was subjected to various forms of violence and humiliating acts for a total of three to four hours.

“All suspects are believed to have subjected the victim to violence. The violence and humiliating acts were also filmed and [the footage] shared between the suspects on Snapchat,” told Marko Forss, the detective chief inspector in charge of the pre-trial investigation at Helsinki Police Department.

Although two of the suspects claimed in interrogations that the third suspect also treated them violently, the murder is believed to have been committed together, with the three suspects leaving the murder scene together and discussing the events with each other prior to their arrests on Monday, 7 December.

The motive for the act puzzled the investigators throughout the investigation. The press release indicates that it appears the suspects were motivated by a desire to punish the victim for his actions or alleged actions.

“They talked about a punishment game in the interrogations, came up with reasons for punishing the victim,” Forss stated to Helsingin Sanomat.

The victim was also robbed and assaulted three times by the suspects in the weeks leading up to the homicide. Forss stated to the daily newspaper that bullying was a common denominator in all the acts: it became more and more violent during the course of the autumn before escalating into a sadistic game at the expense of the defenceless victim and, ultimately, his life.

“Some of the suspects told in the interrogations that they had wondered why he always came back even though he had been treated violently and very humiliatingly,” revealed Forss.

The investigators were left with the impression that the suspect considered the victim as their friend, but one who was in a subordinate position relative to other members of the group.

The case was presented to a prosecutor for consideration of charges on Thursday. Charges against the suspects must be brought by 5 February.