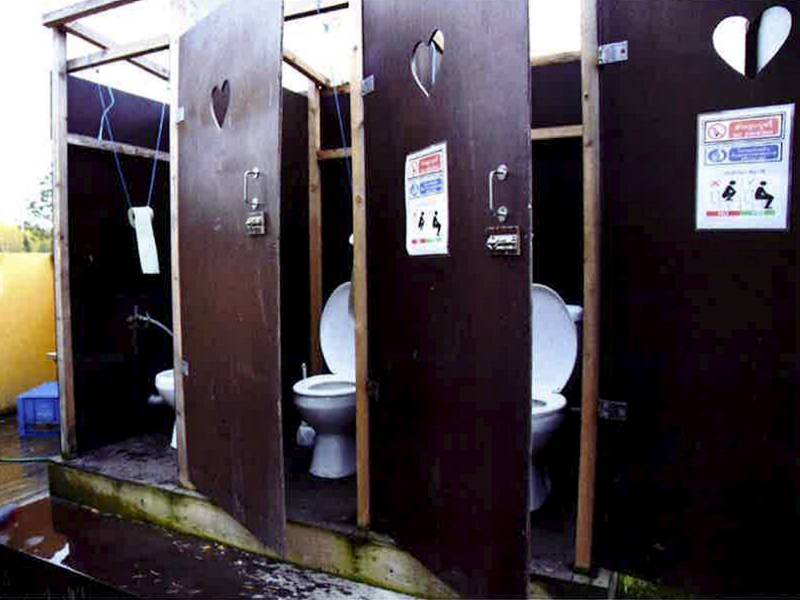 A handout photo of bathrooms provided for berry pickers recruited from Thailand by a company based in Central Finland. The photo is part of the material linked to a pre-trial investigation conducted into the employer in 2016. (Handout / Tiia Syvänperä – Central Finland Police Department)

A TOTAL OF 297 PEOPLE were admitted into the assistance system for victims of human trafficking in Finland in 2020, reports the Finnish Immigration Service (Migri).

The statistics indicate that 123 of the people admitted into the system had been exploited in and 121 outside Finland. The number of cases that took place inside the country was higher than that of cases outside the country for the first time ever, according to Migri.

The system also provides assistance and other services to people who have been designated as witnesses for a pre-trial investigation and the underage children of victims of human trafficking.

Well over a half (78) of the new domestic clients had been subjected to forced labour-like situations, most commonly in the cleaning, restaurant, construction, agriculture or domestic work sectors. Another 15 are believed to be victims of sexual abuse-related human trafficking and 23 to live in forced marriage-like situations.

The exploitation is typically carried out by a member of the inner circle – at times the spouse or dating partner – or another reference group of the victim, but it can also be associated with organised crime.

A part of Migri, the assistance system has been offering consultation, guidance and social and health care services to victims of human trafficking for 15 years. It presently has offices in Lappeenranta, Helsinki, Oulu and Tampere.

Offering consultation, guidance and social and health services, the assistance system for victims of human trafficking is part of Migri. It has been in operation for 15 years and has offices in Lappeenranta, Helsinki, Oulu and Tampere.