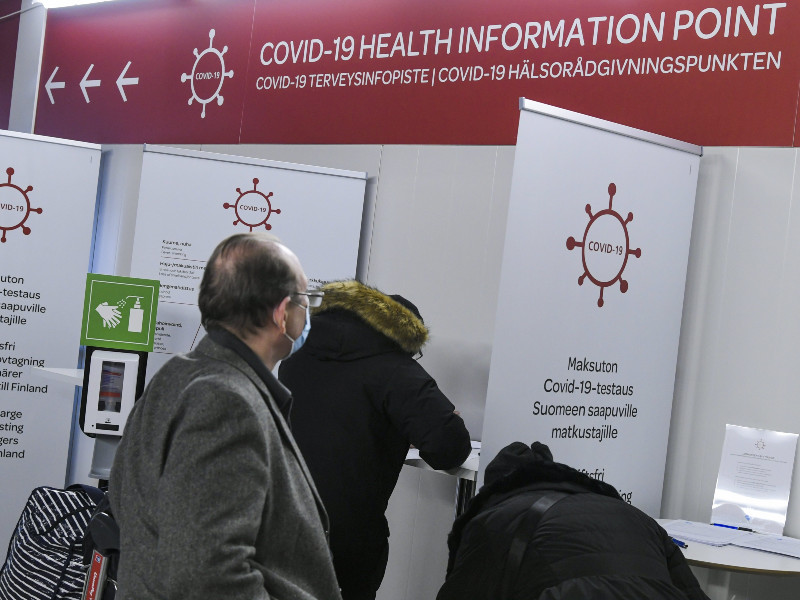 A FAILURE TO COMPLY with a quarantine order issued by a physician of infectious diseases may constitute a health protection violation in Finland, reports Helsingin Sanomat.

If the person is ruled to have transmitted the new coronavirus to others deliberately, their actions may be punishable under other sections of the criminal code – as, for example, endangerment of health or even assault.

Reports from Thursday suggest that the British variant of the new coronavirus has caused a large cluster of roughly 30 further infections and 400 quarantine decisions. Taneli Puumalainen, the head of infectious diseases control at the Finnish Institute for Health and Welfare (THL), said the carrier had neglected to follow quarantine instructions following their return to Finland from Great Britain.

“The quarantine instructions weren’t followed, but there was a get-together of young people,” he was quoted as saying by Helsingin Sanomat.

Minister of Family Affairs and Social Services Krista Kiuru (SDP) on Friday said the government would convene at the start of this week to weigh up adopting sanctions for quarantine violations. Helsingin Sanomat on Monday asked Kimmo Nuotio, a professor of criminal law at the University of Helsinki, to specify the punishments that can be handed down for quarantine violations.

Nuotio reminded that although the legislation as a whole has taken infectious diseases into consideration, it also assumes that people act responsibly and, as a result, does not place too much emphasis on criminal law in the context of infectious diseases.

A self-monitored quarantine is recommended, for example, for people returning from regions with a high incidence of coronavirus infections and people waiting for the results of a coronavirus test. An official quarantine, on the other hand, is ordered by a physician of infectious diseases and entitles the quarantined person to sickness allowance.

Violating the official quarantine may constitute a health protection violation, which carries the penalty of fine or up to three years in prison. If the person is ruled to have transmitted the virus on purpose, their actions could be interpreted as endangerment of health or aggravated endangerment of health, which carry the maximum penalties of four years and 10 years in prison, respectively.

“The health endangerment offence would require you to spread out your handkerchiefs on the metro or sneeze in a bus,” told Nuotio. “The person would have to know their own status and behave in a way that they know they’re spreading the disease.”

“Aggravated endangerment of health would mean that you’re actually causing a serious health risk to a large group of people on purpose.”

Violating a quarantine could also constitute attempted assault or assault, according to Nuotio. “Assault is directed more at an individual. Applying that [offence] would require that the other person gets sick and their health deteriorates.”

A person breaking the quarantine could also be committing imperilment, which is defined as placing another in serious danger either intentionally or through gross negligence and carries the maximum penalty of two years in prison.

“These are fairly different clauses, but they all require a degree of deliberation – except for imperilment. Even imperilment requires that the person has inferred that they have Covid-19,” said Nuotio.

“You could theoretically think of deliberation as someone intentionally being unaware of their infection – someone inferring that they have an infection but not getting tested.”