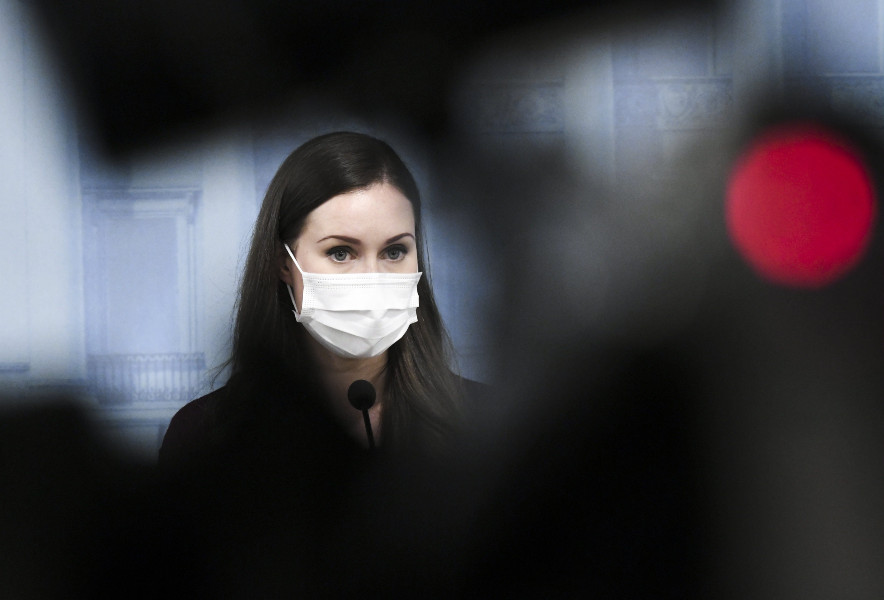 THE GOVERNMENT of Prime Minister Sanna Marin (SDP) is preparing to introduce tougher restrictions to prevent the spread of the new, more transmissible mutations of the new coronavirus in Finland.

Helsingin Sanomat on Monday revealed that the counter-measures could entail additional restrictions on restaurants and, in the most extreme case, movement.

“The risk of the epidemic accelerating is real and substantial. That’s why it’s necessary to toughen the measures pre-emptively,” Marin explained in a news conference on Monday.

The Finnish government also announced it will transition to a three-level strategy for combating the epidemic, which shifts the authority for implementing the counter-measures to it from regional authorities. Finland is presently at the first level of the strategy, meaning all areas in the spreading stage of the epidemic should adopt all the measures laid out for the stage in full.

Such areas will thus issue a broad-based recommendation for working remotely and using face coverings.

If the measures fail to stop the spread of the virus, the effort will be stepped up to the second level in order to quickly and dramatically reduce social contacts across the country. The move would signal the adoption of measures recommended in the spreading stage in all parts of the country, along with other measures such as stricter limits on public gatherings and more carefully monitored quarantines.

The last-resort measure at the second level would be to move pupils in years seven, eight and nine of basic education to remote instruction, wrote Helsingin Sanomat.

Minister of Family Affairs and Social Services Krista Kiuru (SDP) on Monday stated that the restrictions will be devised such that they inflict as little harm as possible on children and young people. This, she added, is the justification for weighing up further measures on the restaurant sector.

“Restrictions targeting adults are absolutely crucial. That’s how we can spare children and young people from restrictions. We’ll look at all the options to reduce contacts for adults,” she said.

Both Marin and Kiuru declined to specify the nature of the restrictions on restaurants.

“Based on the discussions we had today, the government has the preparedness to tighten the restrictions on restaurants further,” confirmed Marin.

The third level would prompt the government to declare a state of emergency, invoke the emergency powers act and introduce restrictions on movement – not only between regions, but possibly also by introducing curfews. Marin on Monday acknowledged the extreme nature of the move, saying it could be made only if other measures have proven inefficient and the epidemic threatens either the health care capacity or the health and well-being of the general public.

Mika Salminen, the director of health security at the Finnish Institute for Health and Welfare (THL), poured cold water on hopes that the market entry of vaccines will translate to a quick re-opening of society.

“We’ve got more difficult times ahead,” he retorted.

He also confirmed that the pace of vaccinations has been slow due to the limited availability of vaccines. “We aren’t able to proceed on the schedule we were expecting to. We’ll have to use other measures for quite some time until the vaccines start helping,” said Salminen.