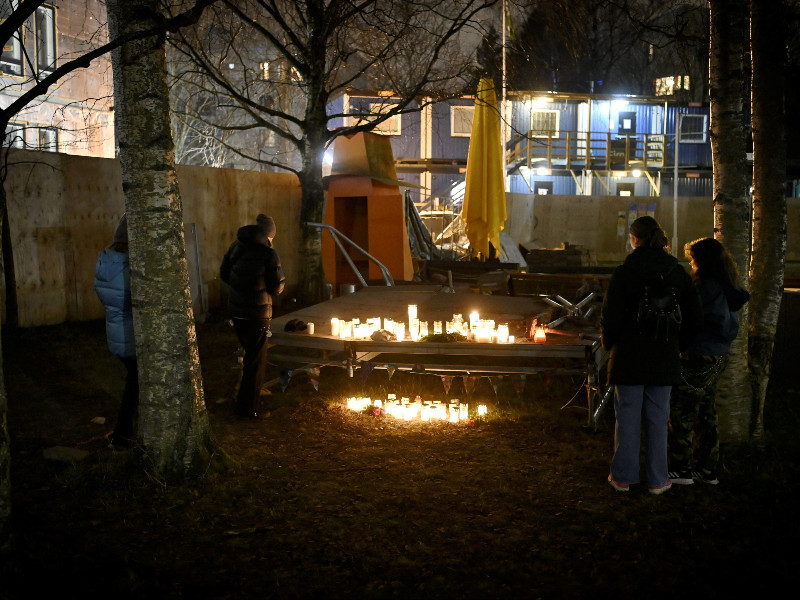 Candles and people at the scene of the murder of a 16-year-old boy in Helsinki on 10 December 2020. (Antti Aimo-Koivisto – Lehtikuva)

OFFICERS at Helsinki Police Department have discovered indications that at least a degree of premeditation was associated with the deadly assault of a 16-year-old boy in Koskela, a northern neighbourhood in the Finnish capital, on 4 December.

“We've clarified the sequence of events,” Marko Forss, the detective chief inspector in charge of the pre-trial inquiry, stated to Helsingin Sanomat on 21 January.

“There are indications that the events of 4 December were planned: ‘let’s drink alcohol and subject the victim to violence’,” he said.

The three suspects have all been detained on suspicion of murder.

The investigators have also found that the now 16–17-year-old suspects had assaulted the same victim at or around the eventual murder scene on three Fridays in November, confirmed Forss. He additionally confirmed that the suspects are believed to have robbed the victim but declined to disclose further details of the suspected offence.

The time of the assaults preceding the homicide and robbery suspicions were revealed first on Rikospaikka, a true crime show on MTV.

Forss told Helsingin Sanomat that all of the murder suspects are also suspected of the assaults: two of them for all three counts and one for the two counts that took place after the first Friday in November.

No clear motive for meeting and assaulting the victim in the same place has emerged, according to him. “Nothing besides what has been brought forward earlier: bullying and playing at the expense of others. We haven’t fund a motive more special than that.”