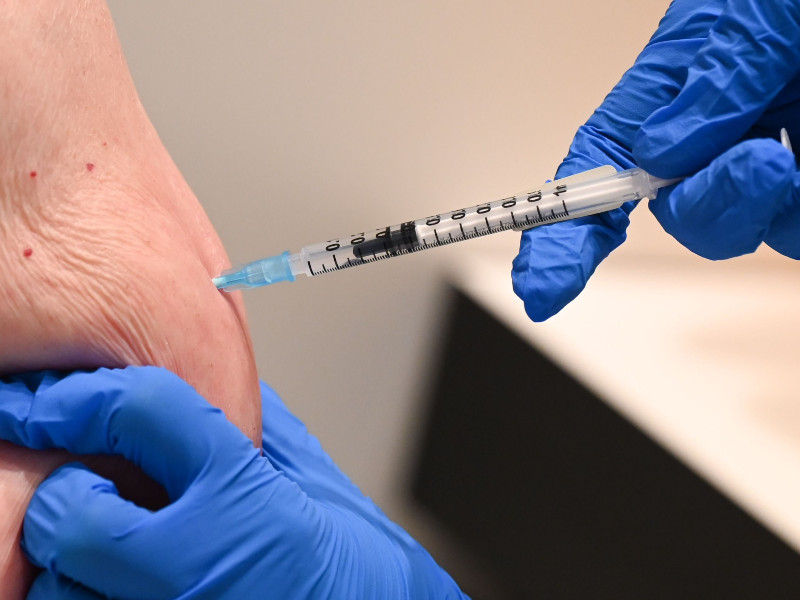 MUNICIPALITIES in Finland are moving on with coronavirus vaccinations as if approaching a yellow light: some are accelerating to get through the intersection, while others are hitting the brakes, describes Helsingin Sanomat.

The variance arises from the much-publicised problems with vaccine deliveries.

Deliveries of the Moderna and Pfizer-Biontech vaccines, the newspaper writes, are presently so limited that some municipalities have had to suspend age group-based vaccinations against Covid-19. Municipalities are simultaneously preparing for the start of mass vaccinations by, for example, re-purposing large facilities into vaccination centres.

“For us to move on to mass vaccinations, we’ll have to get our hands on the vaccine by AstraZeneca,” said Mia Kontio, a senior expert at the Finnish Institute for Health and Welfare (THL).

“Finland has preliminarily been promised hundreds of thousands of doses of it a week, but we’ve yet to receive more detailed information from the producer.”

She told Helsingin Sanomat that THL has advised municipalities to be fully prepared to commence mass vaccinations as of 8 February.

The European Medicines Agency (EMA) will convene on an unspecified date this week to discuss granting market authorisation to AstraZeneca. What remains unclear, for example, is how effective the vaccine is for different age groups.

Organising and administering the vaccinations falls purely within the purview of municipalities.

“There are no major guidelines for coronavirus vaccinations. We have instructions on carrying out mass vaccinations and on what should be taken into consideration. Municipalities have the best knowledge about organising mass vaccinations, as they take care of administering around 1.5 doses of influenza vaccines every year,” Kontio explained to Helsingin Sanomat.

The newspaper wrote earlier last weekend that a joint booking system for vaccinations will be opened in Helsinki, Espoo and Vantaa on Tuesday, 26 January. The system will be opened first for people who will be 85 years or older by the end of the year and their informal caregivers.

Both Espoo and Vantaa are to commence the vaccinations this week. Helsinki will do the same next week. None of the cities has provided detailed information about the practical arrangements due to uncertainty about the timetable for vaccine deliveries, according to Helsingin Sanomat.

Jorma Mäkitalo, the director of health care at the City of Oulu, told the daily that all cities are presently waiting for information about the scope and timetable of vaccine deliveries, which would make preparing the vaccinations easier.