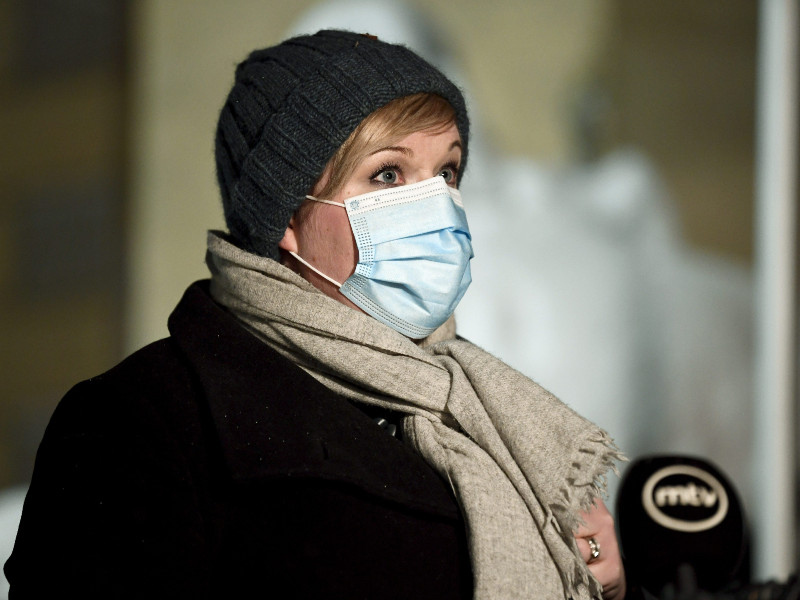 Minister of Science and Culture Annika Saarikko (Centre) says the Finnish government will discuss the need to restrict the hobbies of children and young people on Friday. (Emmi Korhonen – Lehtikuva)

DEBATE about the rationale for limiting the leisure activities of children and young people to limit the spread of the new coronavirus has continued in Finland.

Municipalities in the Finnish capital region have kept their sports facilities closed for months, provoking protests about the justification for restricting the leisure activities of children and young people while many other sub-segments of the society continue to operate as usual.

Mayor of Helsinki Jan Vapaavuori (NCP) on Tuesday acknowledged that the municipalities have ventured into risky territory in regards to activities for children and young people, testing the patience of many.

“Rational people are now turning to civil disobedience. People’s sense of justice doesn’t approve of limiting the hobbies of children and young people while several other activities remain possible,” he commented on YLE A-studio.

This may change in the near future, however.

Minister of Science and Culture Annika Saarikko (Centre) on Tuesday assured she shares the concern about child well-being and public patience with the restrictions. “We in the government have to weigh up our recommendations from a viewpoint that makes sure children and young people are considered thoroughly.”

The fate of restrictions on leisure activities will be on the agenda as the government convenes on Friday, according to Saarikko.

Assessing the need for restrictions is complicated by the emergence of new, more transmissible variants of the coronavirus. Asko Järvinen, the head of infectious diseases at the Hospital District of Helsinki and Uusimaa (HUS), on Tuesday reminded that the transmissibility of the new variants remains to some extent unknown, making it difficult to evaluate the risks associated with them.

“It’s still a question mark and a threat scenario of sorts,” he stated to the public broadcasting company.

The uncertainty has also affected the readiness to ease the restrictions in the government, confirmed Saarikko. The situation, however, is not terribly different from last spring in terms of the lack of reliable information.

“We’re dealing with a virus mutation whose behaviour isn’t fully known to anyone yet,” she said.

Vapaavuori estimated that preventing the spread of the mutation would require considerably tougher measures than suspending the hobbies of children and young people, adding that there is no justification for limiting the hobbies until also other segments of the society are shut down.

Both Saarikko and Vapaavuori conceded that municipal authorities do not have the tools required to combat the virus effectively. An often cited example of this is that private service providers have been able to continue operating as usual while public sports and other free-time facilities have been shut down.

The mooted reform of the communicable diseases act may bring a change to this, revealed Saarikko.

Also Järvinen called attention to the importance of more effective measures to prevent the virus from spreading. Norway, he highlighted, is presently considering resuming leisure activities and in-person teaching for children while imposing restrictions on the sales of alcohol.

“We should have a better understanding on what affects what. We already know that limiting children’s hobbies and school-going isn’t a terribly effective measure,” he said.