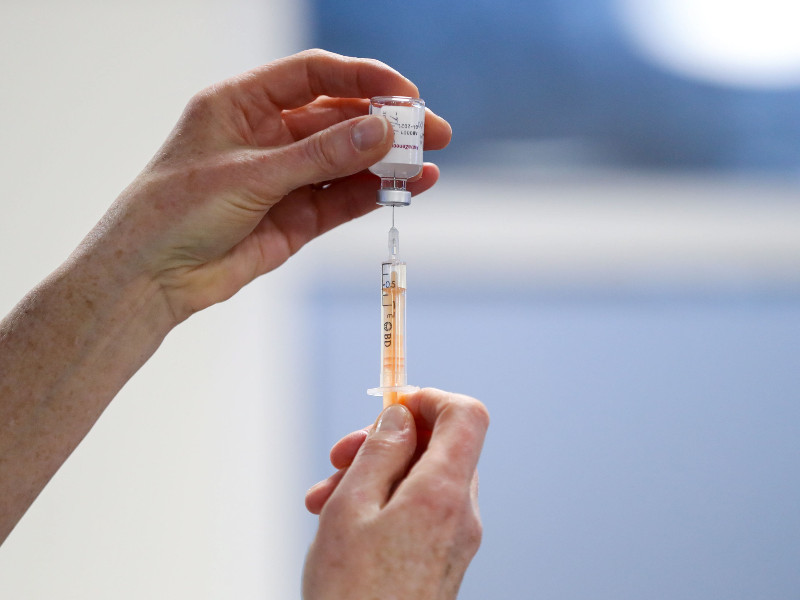 A healthcare worker fills a syringe with a dose of the Covid-19 vaccine developed by AstraZeneca and Oxford University in Currie, Scotland, on 7 January 2021. (Russell Cheyne – AFP/Lehtikuva)

THE AVAILABILITY of the Covid-19 vaccine by Pfizer and Biontech could be increased by halving the second, so-called booster dose, views a Finnish expert.

Mika Rämet, a professor of paediatrics at the University of Oulu and director of the Vaccine Research Center at Tampere University, on Monday wrote in a blog that he has reservations about the idea of delaying the administering of the second dose, as it does not solve the fundamental problem of vaccine availability.

Halving the second dose, on the other hand, would increase the availability by a third, he calculated.

Studies indicate that the vaccine produces an immune response also with smaller doses. The development of antibodies has been measured by administering the vaccine in doses of 10, 20 and 30 micrograms, with the smaller doses found to produce an almost equal amount of antibodies capable of attacking the spike protein of the new coronavirus as the largest.

The level of antibodies is also considerably higher than those produced naturally, in response to a coronavirus infection, according to Rämet.

The Pfizer-Biontech vaccine, he acknowledged, has been shown to offer 95 per cent protection against symptoms caused by the virus following the administration of two 30-microgram doses at an interval of 21 days. In light of the current epidemiological situation, the emergence of more contagious coronavirus variants and vaccine delivery problems, however, the option of halving the second dose warrants consideration, argued Rämet.

“I would view that halving the vaccine dose is presently justified based on the information at our disposal,” he said.

Hanna Nohynek, a chief physician at the Finnish Institute for Health and Welfare (THL), on Tuesday said the proposal could be a smart solution to the vaccine shortage. “It's quite a smart idea and it could warrant some consideration, but further studies are needed before we can recommend it on a broad scale,” she stated to Helsingin Sanomat.