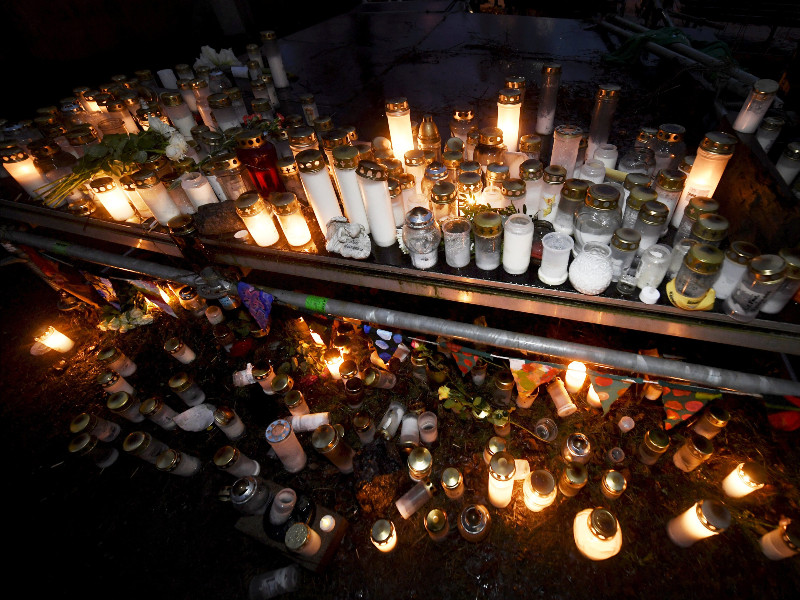 Candles at the scene of the murder of a 16-year-old boy in Helsinki on 20 December 2020. (Vesa Moilanen – Lehtikuva)

INVESTIGATORS at Helsinki Police Department have made progress in their investigation into the murder of a 16-year-old boy in Koskela, a northern neighbourhood of the Finnish capital, in December.

Helsingin Sanomat on Friday reported that the investigators have discovered footage of assaults from the months leading up to the homicide on the phones of the three 16-year-old suspects.

“We’re talking about a period of a couple of months,” confirmed Marko Forss, the detective chief inspector in charge of the pre-trial investigation at Helsinki Police Department.

The newly discovered material is similar in nature to but less comprehensive than the previously discovered footage from the evening of the homicide, he added to the daily newspaper. The investigators have yet to establish a motive for either shooting the footage or any of the violent actions.

“Sadistic activity is the best way to describe this. Sometimes there’s no explanation,” said Forss.

The suspects are consequently also suspected of assault.

Forss revealed that the investigators have been able to specify the roles of each of the suspects in the homicide, stating that they all subjected the victim to violence. The determination of both what ultimately resulted in the death of the victim and how well the offenders understood the consequences of their actions will be left to a district court.

“Police nevertheless view that the murder was committed collaboratively and all three are suspected of it,” stated Forss.

The suspects had consumed at least alcohol on the night of the homicide.

Helsingin Sanomat on Friday also reported that the homicide victim was bullied by his peers for several years. “He got visible injuries at this time, but explained that they had been caused by something else. It became apparent later that the injuries may have been caused in bullying situations like that,” commented Jari Koski, a senior detective superintendent at Helsinki Police Department.