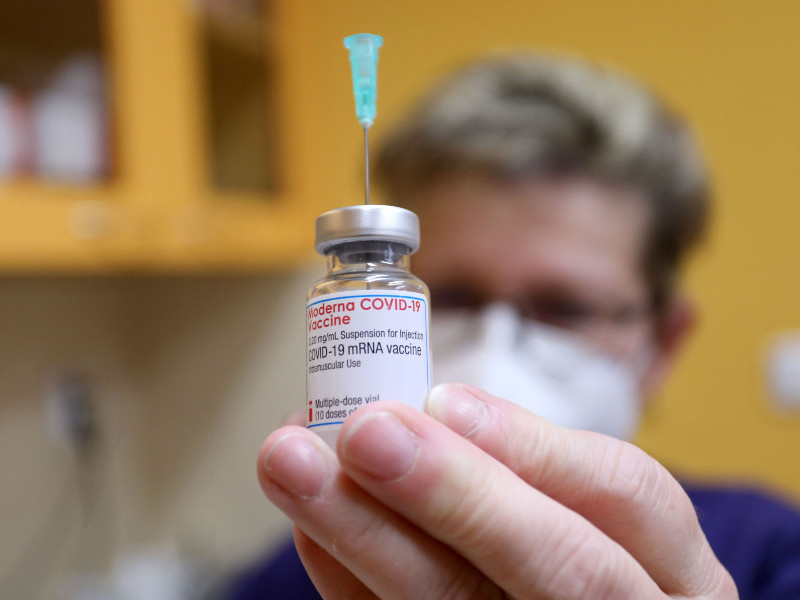 Moderna’s Covid-19 vaccine was prepared for administration by a doctor in an elderly home in Ostrava, Czech Republic, on 14 January 2021. (Radec Mica – AFP/Lehtikuva)

THE HIGH HOPES vested in coronavirus vaccines have begun to stir up concerns in policy-makers in Finland, writes YLE.

Prime Minister Sanna Marin (SDP) earlier this week expressed her frustration with the sluggish pace of vaccinations, signalling a departure from the hitherto patient approach taken by the government. Both the European Union and Finnish municipalities, the government views, should pick up the pace.

Marin wrote the European Commission earlier this week, urging it to do its utmost to make sure pharmaceutical companies produce the vaccines as efficiently as possible and all of the reserved vaccines are distributed to member states quicker.

Minister of Family Affairs and Social Services Krista Kiuru (SDP), in turn, voiced her bafflement that vaccines are being delivered to other parts of the world while the 27-country bloc continues to wait for the vaccines it has reserved.

Such remarks appear to stem from concerns about the new coronavirus and public approval, as policy makers are keenly aware that voters are growing more and more frustrated with the restrictions on their daily lives.

Some are afraid of the virus; others have simply had enough of the restrictions.

“People feel like they’ll go crazy if they can’t go on a holiday or to a concert. They’ve started waiting for a miracle. The vaccine is expected to deliver a feeling that we’ve made it: ‘if only I could get vaccinated, the misery would be behind me’,” Sirpa Pietikäinen (NCP), a Member of the European Parliament, described to YLE.

The opposition has done its part to put pressure on the government. Jussi Halla-aho, the chairperson of the Finns Party, has stated that the government was naive to rely on the procurement programme of the European Union.

The Ministry of Social Affairs and Health has revealed that Finland has committed to purchasing almost 20 million doses of coronavirus vaccines and is waiting for the results of negotiations on yet another batch later this week. The vaccines will cost millions, but the government has had no choice but to commit to the purchased due to uncertainties linked to efficacy and market authorisations.

“These are all purchase obligations, meaning [the vaccines] will have to be bought if they get the market authorisations in time,” confirmed Tuija Kumpulainen, a head of unit at the Ministry of Social Affairs and Health.

“Talks about the distribution of the surplus ones are ongoing on various fronts, both in member states and in the EU.”

Sandra Gallina, the head of the European Commission’s Directorate General for Health and Food Safety, defended the approach taken by the bloc in a hearing in the European Parliament on Tuesday. The EU, she said, chose the vaccine suppliers based on scientific criteria out of 165 candidates and has placed an emphasis on safety.

“An emergency authorisation would be a great risk,” she said.

Gallina said it remains premature to predict when the entire bloc will have been vaccinated, given the delivery problems. The number of vaccines produced and made available will begin to grow in April, she estimated.